Rain will begin to move in to central Indiana through the overnight.  Latest high-resolution computer model data suggests rain could begin to arrive in the Indianapolis metro area between 2am and 4am Monday. 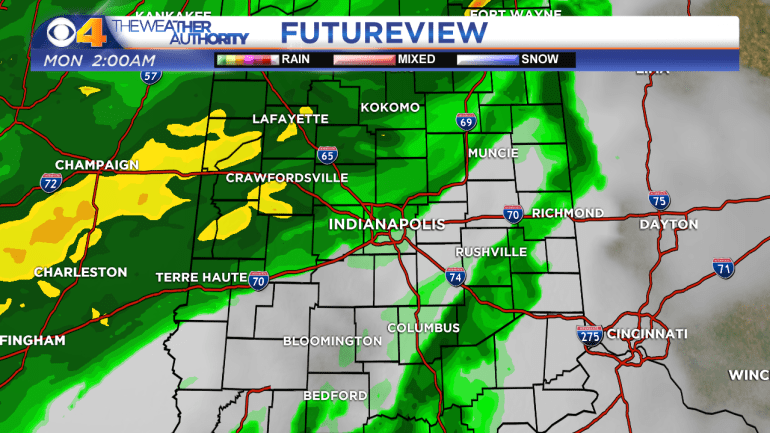 There is a good chance rain will be falling during the morning commute.  Temperatures will remain in the 40°s overnight so there is no concern of any of the rain changing to sleet and/or snow. 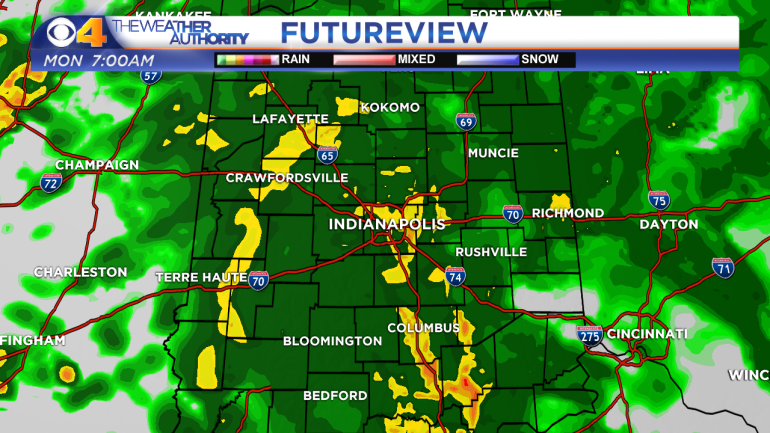 Scattered showers will remain possible throughout the day Monday.  Temperatures will top out near 50°.

Long-range computer models continue to suggest the potential for heavy rain/precipitation falling in the Mississippi River and Ohio River valleys over the next seven to ten days.

It looks as though a front will stall out across Illinois, Indiana and Ohio later in the week and in to next weekend.  This will act as a focusing mechanism for rain to develop.  Moisture from the Gulf of Mexico will be available to be transported on strong southerly winds in the mid-levels of the atmosphere.

Here’s a look at what two of our global computer models suggest for Indianapolis through 7am Monday, December 28. 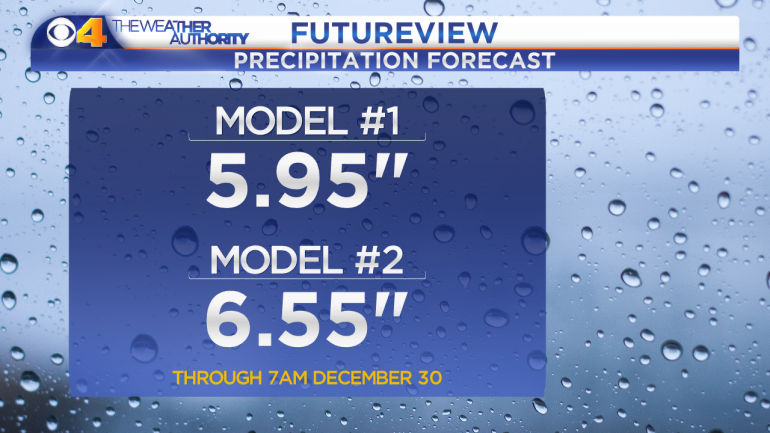 To begin with, at this time data suggests this will fall as all rain.  There aren’t any signs of cold air moving in to change this to snow.

Over the last couple of months computer models have struggled with precipitation forecasts, especially in the long range.  They have continued to suggest higher precipitation amounts but quickly back-off the amounts once we get within 24-36 hours of the event starting.  At this point I wouldn’t bet on this high of a total, however it is something we will have to monitor over the next several days.

ASK SANTA FOR AN UMBRELLA 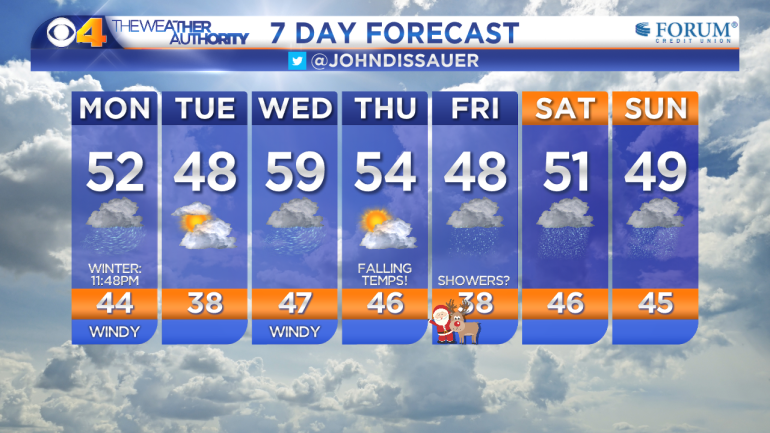 A few showers around but a great weekend ahead

It's another chilly start to the day with temperatures below freezing Friday morning. Kids will need the heavier coat again at the bus stop and if you parked outside, you may need to scrape some light frost away from your windshield.

We have another nice day in store but not ALL of it will be dry. We stay dry through the afternoon as temperatures rise into the upper 40s and low 50s.

The mild trend will continue as we are expecting high temperatures in the 40s and 50s through the weekend. We'll have a dry Friday with a chance for rain late Friday night through Saturday morning. Expect a dry Saturday afternoon. Heavier, more widespread rain will spread across the southern half of the state Saturday night through Sunday.

March begins Monday, and the month will come in like a lamb, with a mix of clouds and sun and highs in the mid-40s.

How do you negotiate your salary in an uncertain economy?

Complete list of all active hate groups in the U.S.