A quick moving weather system will bring a round of snow to central Indiana Sunday.  The energy for the “storm” is located in southern Utah/southwestern Colorado as of Saturday evening.  It will quickly move east, arriving over Indiana Sunday afternoon.

Snow will start to move in to the southwest corner of the CBS4 viewing area after sunrise Sunday morning.  The snow will continue spreading to the northeast through the morning.

The latest data suggests snow could start falling in the Indianapolis metro after 9am Sunday.  Moderate snow showers will be possible along and south of State Road 46 late Sunday morning.

As we move in to the afternoon the snow showers should start to be not as widespread across central Indiana.  That being said, a few snow bands may be possible during the afternoon.

The snow showers will begin to taper off after 5pm and that will continue in to the early evening.  Expect the majority of snow showers to be out of central Indiana by 9pm Sunday.

We are not expecting a large amount of snow out of this system.  There is not a lot of moisture available to produce snow.  On average, there is about 0.08″ of liquid available.

All totaled, this does not look to be a significant snow for central Indiana.  It could cause untreated roads to be slick at times, especially Sunday afternoon.

Cold air is on the move from Canada in to the United States.  Temperatures have fallen in to the single digits and even below zero from Minnesota to Montana Saturday evening.

The cold air will continue to move southeast in to the Midwest over the next 24 hours and will hold up over the region until later in the week.

Low temperatures are forecast to drop in to the single digits in much of central Indiana Monday morning.  Factor in the wind and wind chill values could be -5° to -15°.  Bottom line, it is going to be cold for several days early in March.  So much so, assuming our forecast verifies, this will be the coldest March 4th through March 6th in 59 years.  It will also be the second coldest March 4-6 on record (since 1870’s).

I don’t know about you, but I’m fine if my forecast doesn’t verify this week! 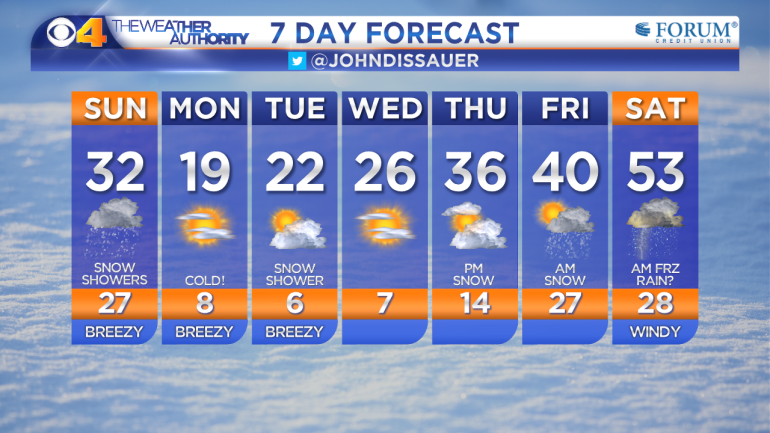 Cool and quiet start to March!

We started off Monday mostly cloudy, but skies are already becoming clearer across central Indiana. High pressure situated west of the state will slide over the Midwest and provide the region with full sunshine this afternoon.

It will be much cooler compared to the unseasonably warm highs we saw over the weekend. Highs will climb into the mid-40s this afternoon, which is right around where we should be in early March.

March comes in like a lamb; may need wool sweater to fight off the chill

The sun came out for a while but after the morning rain, golf courses were a bit too muddy for play.

61 degrees at the Indy airport was the warmest temperature since December 11. That is 16 degrees above average and a typical temperature for early April.

Send us your questions for Indiana’s congressional delegation for our special town hall: ‘IN Focus: Path out of the Pandemic’

Indiana councilman apologizes for appearing in blackface for Halloween costume