Light snow showers, snow flurries mixed with drizzle will be possible through midnight Sunday.  Skies will remain cloudy which will keep steady temperatures overnight.  Lows should drop down to around 30° by Sunday morning.

The clouds aren’t going anywhere Sunday.  Computer forecast models project a low cloud deck, under 5,000 feet above the ground, hanging around throughout the day.  That will keep the temperatures from warming too much.  High temperatures should be in the middle to upper 30°s.

With the low level moisture around the area I think there could be flurries, mixed with a few sprinkles, throughout the day.

It looks as though we are in for several late January/February days.  Meaning, expect mainly cloudy skies everyday through at least Wednesday.  There does appear to be some breaks in the clouds starting Thursday.  Keep your fingers crossed! 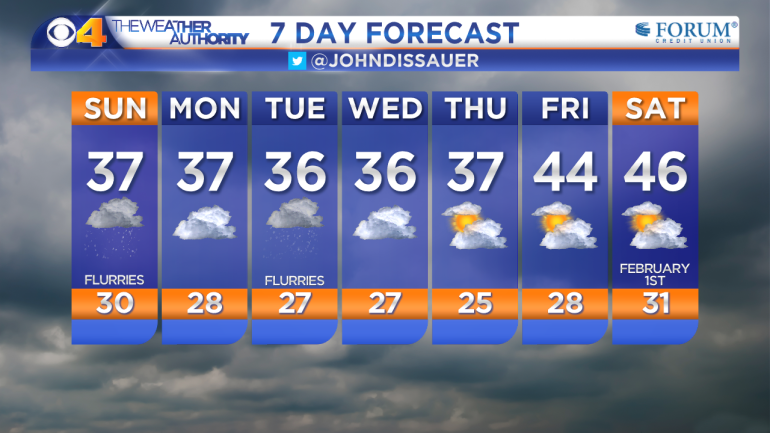 While there is not much in the way of sunshine int he forecast over the next several days, there is something to look forward to.  We are only 119 days from the green flag waving at the start of the 104th Indianapolis 500! 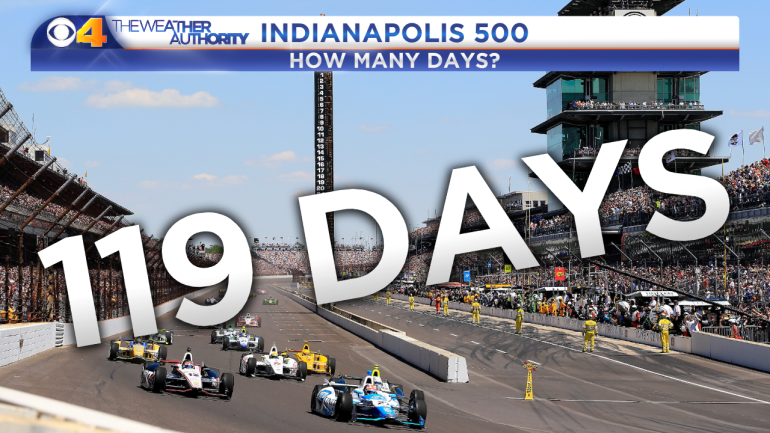 Temperatures to warm but rain follows

High pressure is in control today, blocking out all the wet weather to our south.  We'll see more sunshine as the day goes on and the center of that high gets closer to us.

Sunglasses will be needed Thursday along with your coat and gloves. We'll be a little cooler than we were yesterday and wind chills will only be in the teens even at the warmest part of the afternoon.