We will start the work week with well above normal temperatures.  Even with mainly cloudy skies, temperatures should top out in the 40°s to near 50° (south) by late Monday afternoon.

An area of low pressure will be moving out of the southern Rocky Mountains Monday morning.  Moisture will start to stream northeast towards Indiana ahead of the low, arriving in to state during the afternoon.  Initially, it appears the best chance for showers will be over northwest Indiana.

The first wave will continue moving east/northeast across the state.  Computer models suggest a few showers arriving in the Indianapolis metro by mid/late afternoon. 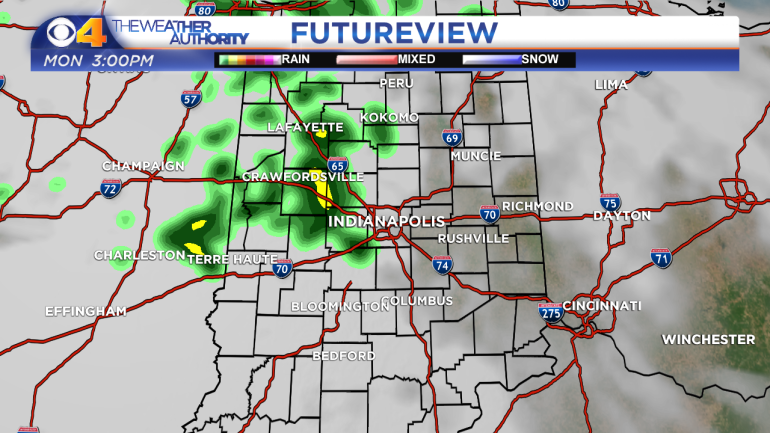 Rain will increase in areal coverage as we go in to Monday evening.  The rain will come to an end Tuesday morning as a cold front passes through the state. 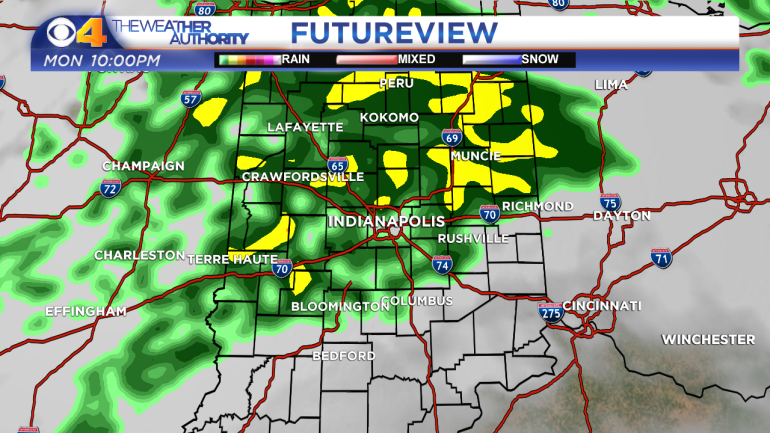 Rainfall amounts should not be overly high.  A four-computer model average suggests 0.36″ of accumulated precipitation through 8 a.m. Tuesday.

The official work-week forecast for central Indiana includes cooler air arriving in the Hoosier state behind the cold front that passes Tuesday morning.  Temperatures will slowly fall through the morning Tuesday.  Temperatures should be in the upper 30°s by late afternoon.

The coldest day of the week looks to be Tuesday as strong high pressure passes over the Midwest.  This should keep skies clear, so while it will be chilly, if you’re outside it may not feel too bad with sunshine beating down on you.

It looks like temperatures rebound back above normal for next weekend with highs in the upper 40°s to around 50°. 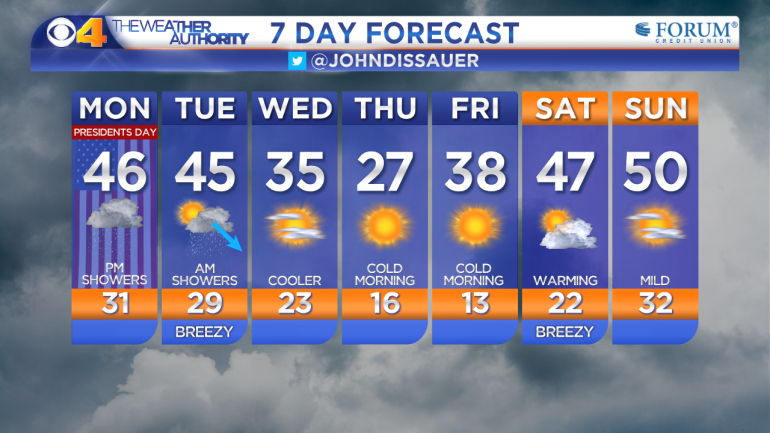