Just as the Thanksgiving holiday travel season started, the busiest travel day of the year (Sunday) looks to be a messy one around the country. 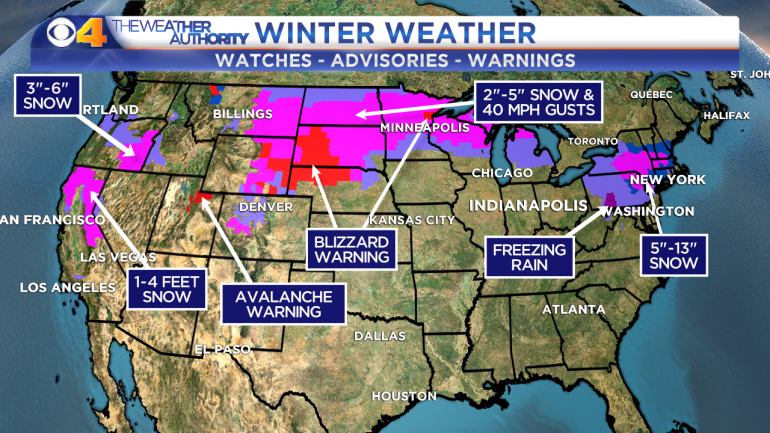 The worst of the weather looks to be north of I-80 and along I-90 in the northern United States where anywhere from 4″ to 15″ of snow is expected to fall along with winds gusting 35+ mph.

If you are traveling to the northeast United States, Winter Storm Watches are in effect for the New England states, along with New York, New Jersey and Pennsylvania.  They could see upwards of 5″-13″ of snow Sunday evening in to Monday morning. 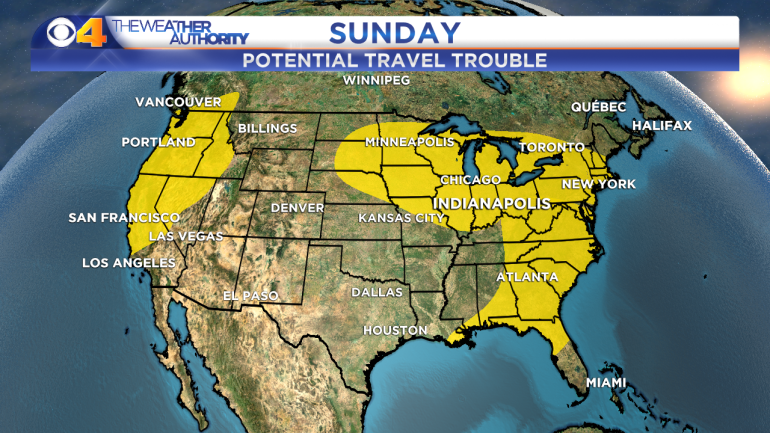 The map above gives you an idea of where you could run in to travel delays around the country on Sunday.  Rain and snow could impact air travel through major airline hubs of Chicago, Minneapolis, New York, Philadelphia, Atlanta, and Charlotte.  Once again, you’ll need to be sure to make room for patience in your suitcase. 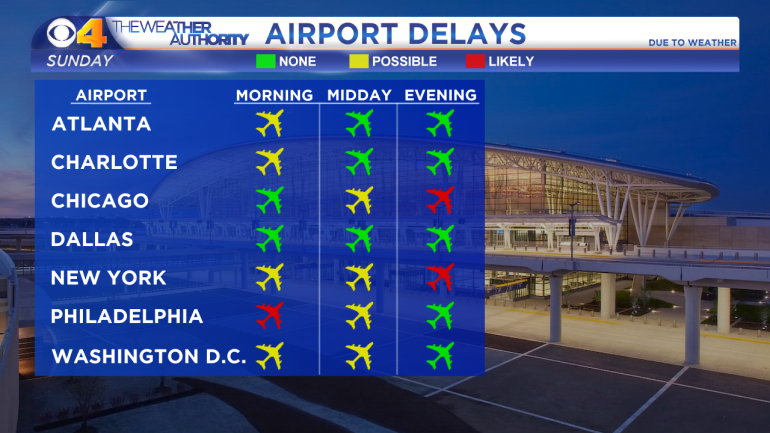 Here’s how I think things could be impacted for flight to/from the Indianapolis International Airport.  You can use this tool on the CBS4Indy.com site to track airport delays and radar imagery.  You will also find links to all of the airlines that fly in/out of the Indianapolis airport.