Big changes are forecast to arrive to the Hoosier state for the end of the week.  The changes include rain, snow, sleet, freezing rain and the coldest air in two months.

Long range computer models project that two pieces of upper-level energy located over the Aleutian Islands and extreme northeastern Russia will come together and produce a large storm, impacting the central and eastern United States. 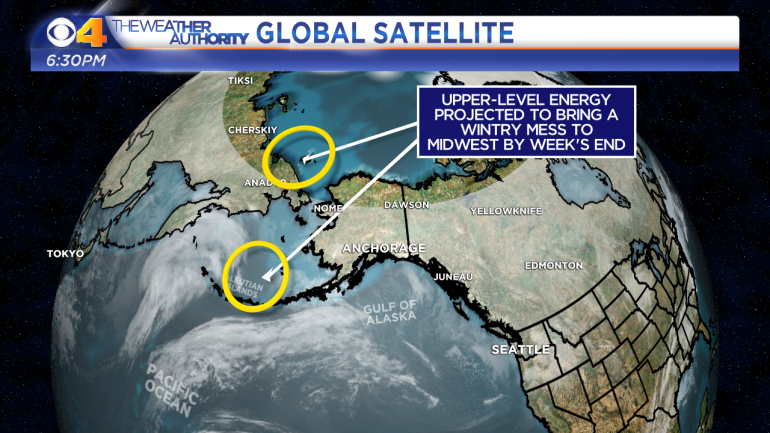 You will start to see the storm on radar starting Thursday evening over the central Plains.  It will quickly organize and spread precipitation east into the Midwest.

Shallow cold air is projected to be in place Friday morning with temperatures in the 20°s.  Just how thick the layer of cold air is will have a significant impact on what type of precipitation will start Friday.

Warmer air will begin to arrive Friday evening, allowing for a late night high temperature.  I think we could spend much of Friday in the 30°s before finally climbing to the low 40°s by midnight.

It looks like the precipitation changes over to all rain Friday evening and Saturday morning.  As a cold front passes, temperatures will start to drop.  It will be a race between the moisture exiting and below freezing temperatures entering central Indiana Saturday afternoon and evening.  If the cold air infiltrates the state quickly, and the moisture lags, some of the rain could change over to snow for a period of time Saturday evening. 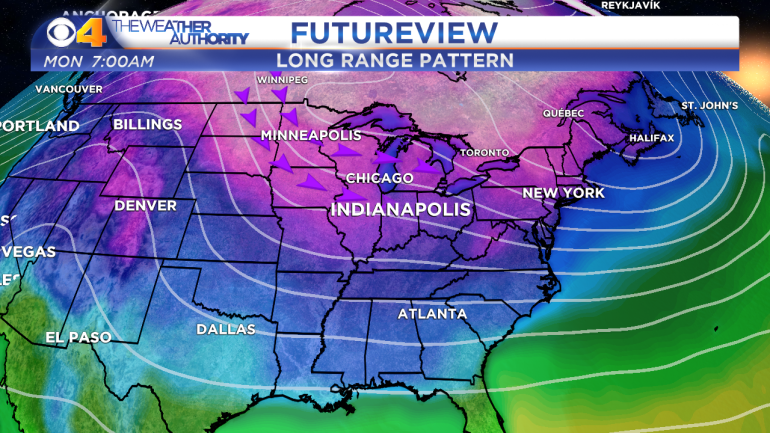 If this is the case, this will be the coldest air in central Indiana in just over two months.  November 12-13th, 2019 had highs in the low 20°s and lows in the single digits.

Monday is the 25th consecutive day with above normal temperatures (average of daily high and low temperature).  The streak has also provided for this January ranking in the Top 10 warmest since 1872.  Through Sunday this ranks as the 9th warmest, behind 2007 and ahead of 1932.  We are about 8° behind the warmest January 1-13 set in 1880.

The streak of consecutive days above normal will likely come to an end at 30 days. 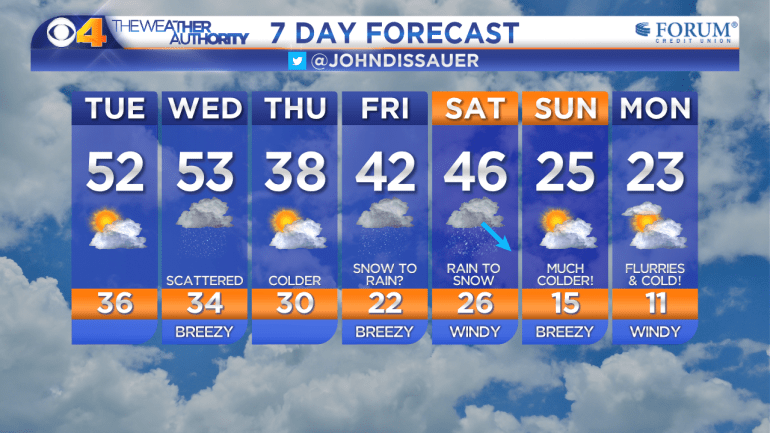 Doctors look to cut down on antibiotics

Motorcyclists hit by deer, one ejected then hit by …