If you have outdoor things you need to do before the end of the holiday weekend I suggest getting it done Friday evening.  Rain will begin to spread in to central Indiana after midnight.

Rain will continue to fall overnight and will be heavy at times, especially south of I-70.

There may be a lull in the rain around noon, but that will be short lived as data suggests more rain, and perhaps an isolated thunderstorm, moves through the state during the afternoon.

Rainfall totals could be hefty, especially over the southern half of the state.  A three computer model average suggests 1.23" of rain falling in Indianapolis through 1 a.m. Sunday.  1"-2" of rain could fall south of Indiana in places like Bloomington, Nashville, Columbus and Greensburg.

While Flash Flood Guidance suggests it will take 3"+ in three hours to produce flash flooding along in counties along the State Road 46 corridor, areas that do receive heavier rain could have areas of lowland flooding to contend with.

LET THERE BE SUN

We will likely see a brief return of sunshine Sunday morning as a dry slot passes overhead.  This will likely be short lived as clouds will quickly build back in by late morning, followed by areas of rain, mixing with snow, as cooler temperatures filter in to the state.  As we go through the evening in to the night, snow will become the predominant precipitation type.  By Monday morning it isn't out of the question for their to be a dusting up to an inch of snow in some parts of central Indiana.

Just as the Thanksgiving holiday travel season started, the busiest travel day of the year (Sunday) looks to be a messy one around the country. 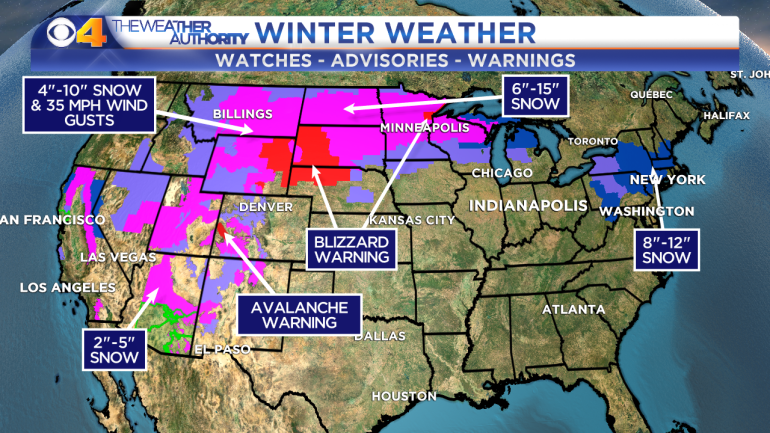 The worst of the weather looks to be north of I-80 and along I-90 in the northern United States where anywhere from 4" to 15" of snow is expected to fall along with winds gusting 35+ mph.

If you are traveling to the northeast United States, Winter Storm Watches are in effect for the New England states, along with New York, New Jersey and Pennsylvania.  They could see upwards of 8"-12" of snow Sunday evening in to Monday morning.

The map above gives you an idea of where you could run in to travel delays around the country on Sunday.  Rain and snow could impact air travel through major airline hubs of Chicago, Minneapolis, New York, Philadelphia, Atlanta, and Charlotte.  Once again, you'll need to be sure to make room for patience in your suitcase. 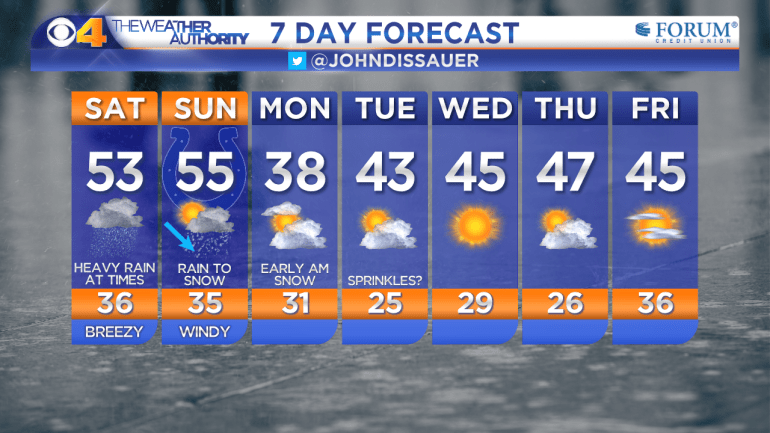 Grief goes beyond deaths as a result of COVID-19 pandemic