What a perfect July day we're about to enjoy!  Comfortable in the 60s for most of us this morning and we'll heat up nicely.  Nearing 80 by noon with highs around 86 later in the afternoon.  We'll also enjoy a lovely, refreshing northerly breeze today. 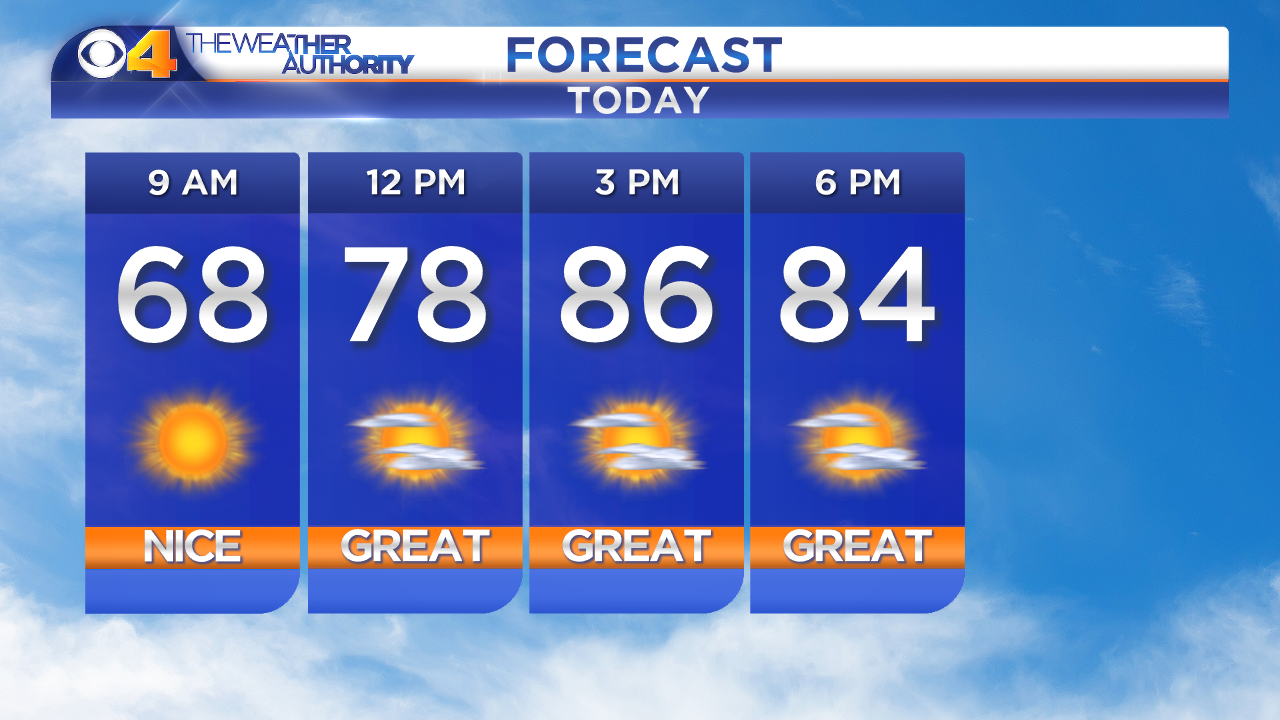 Hotter still on Saturday so if you have yard work to do, you'll have to get out first thing in the morning!  Temps will climb to 90 in the afternoon and we won't get any breaks from the sun.  Fantastic pool day! 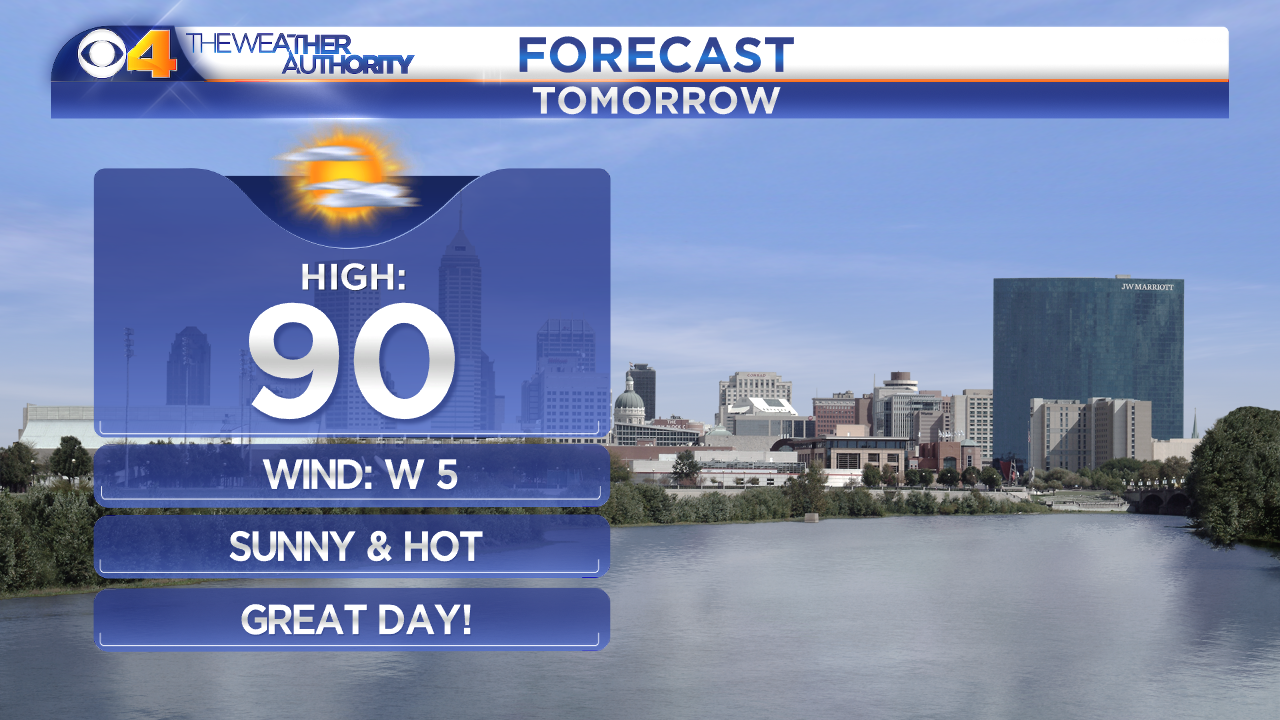 Friday through Wednesday rain totals will stay below a half inch so water your plants!  They'll need some hydration.  Stay hydrated yourself, too! 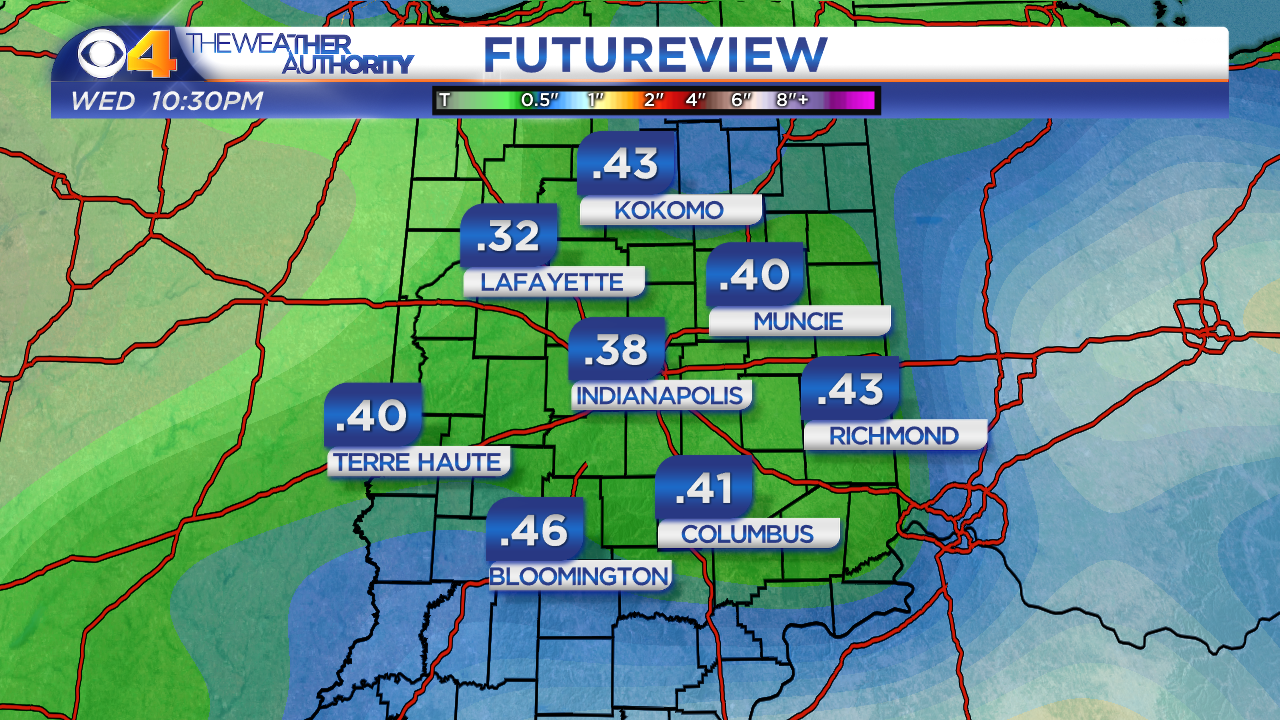 A couple of storms possible Sunday plus it'll stay hot.  Still hot on Monday with a stray storm possible.  The remnants of Tropical Storm Barry could bring storms to Central Indiana by Tuesday. 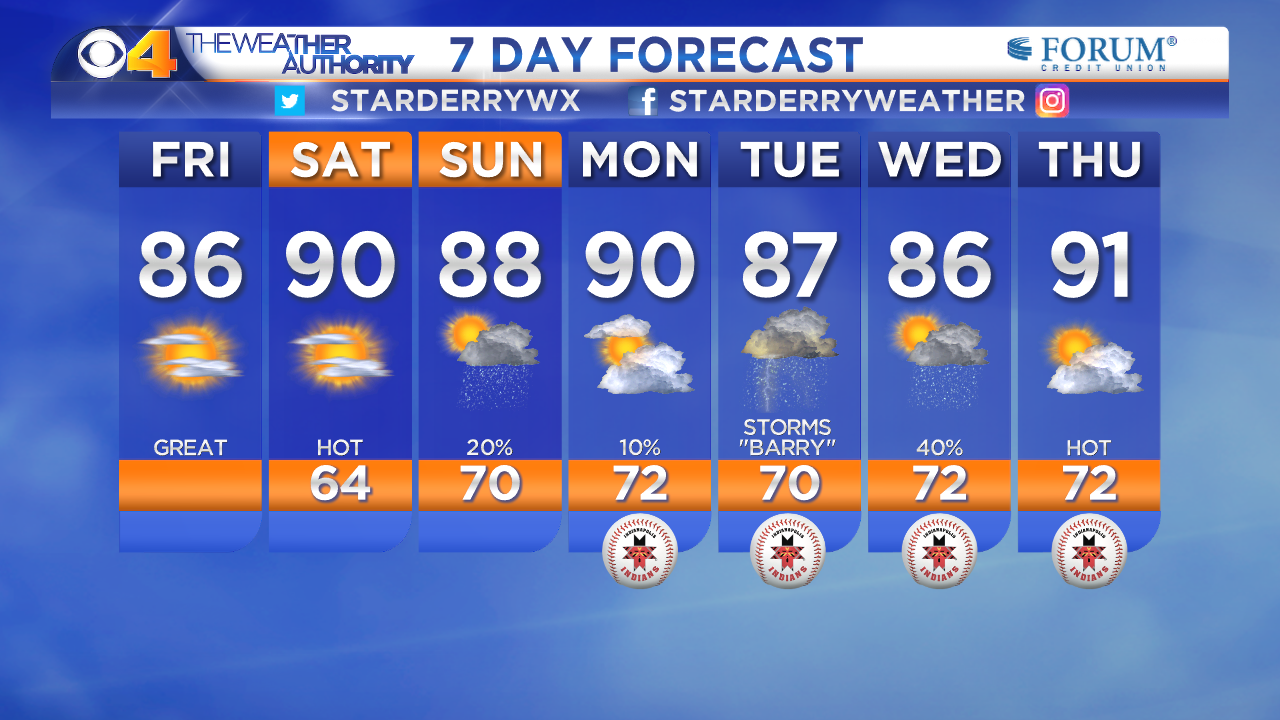 A couple more warm and humid days; a few storms for the weekend

Rain has been hard to come by since a line of severe storms swept central Indiana early this week. While rain chances do rise for the weekend, they'll still remain rather minimal and many will likely escape the weekend without seeing a drop of rain. A typical August feel will remain with us through Friday evening. Temperatures hold in the 80s through sundown before falling into the mid and upper 60s overnight. While a stray shower is possible this evening, most of the area remain completely dry. However, fog developing late tonight could cause some hazardous driving conditions through early Saturday morning. Some areas of fog could become rather dense and significantly reduce visibility.

August 2020 has taken some big swings. Temperatures were below average for the first 8 days of the month. It was the coolest start to an August since 1993. We took a turn back to a seasonal feel all this week. However, another shakeup is in the works.

Tracking rain chances ahead for central Indiana this weekend

Feels a lot like it did yesterday morning with early temperatures in the upper 60s and low 70s. Doesn't look like we'll have rain to deal with early on and most of the day will be dry and partly sunny. Highs will again return to a seasonal 86.

A light breeze out of the north east will be refreshing in the afternoon. The severe threat is still well off to our north west in Iowa and Minnesota - some of whom are still cleaning up and recovering from Monday's derecho.

Clear visibility for Indianapolis this morning but we have had reports of dense fog in both Muncie and Terre Haute this morning. We've seen visibility close to zero in both of those areas so you'll want to give yourself some extra time this morning so you can stay safe on the roads.

An otherwise nice morning is expected. Temperatures have dipped to the 60s just ahead of sunrise but will be climbing through the 70s most of the morning. Highs will be in the 80s later this afternoon and we'll have a partly to mostly sunny sky. Should be a great pool day!

Crash on I-65 in Jackson County seriously injures Crothersville officer

People who recover from coronavirus are protected up to 3 months, CDC says