Warmer air from the south has settled on top of the cold air at the surface across the Ohio Valley and kept us cloudy and cool this week. Each day we’ve had a few sprinkles and flurries and we’ll start the weekend with on more cloudy day with a rain/snow mix in the morning and a few sprinkles in the afternoon. Highs will be slightly warmer on Saturday with highs in the 40s.

After a gray week, we’ll see more sunshine and a significant warm up for the second half of the weekend. Winds will gust up to 25 miles per hour. That breeze will create enough circulation to break up the clouds and give the temperatures a boost. Highs will be in the 50s Sunday and our taste of Spring will last into early next week. Highs will be in the 50s and 60s through next Tuesday. Before a stronger storm system, carrying more moisture, moves this way bringing the possibility of a widespread rainfall through mid-week.

This month will end as the 8th least snowiest January on record. But does that mean we’ll see a dry Winter? You’ll find more on that below. 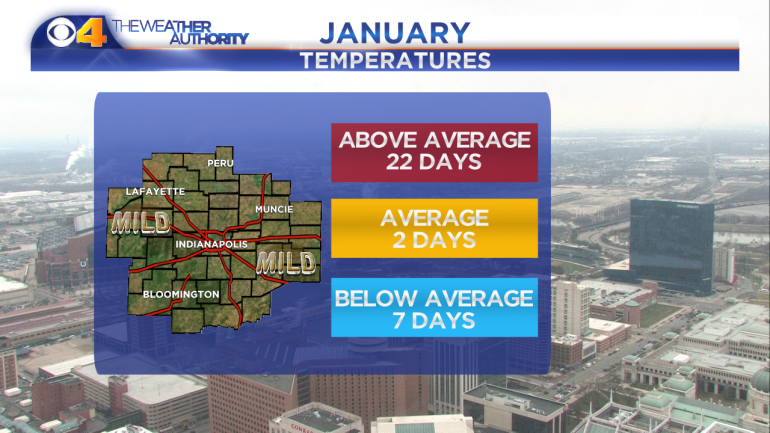 January was a very mild month. 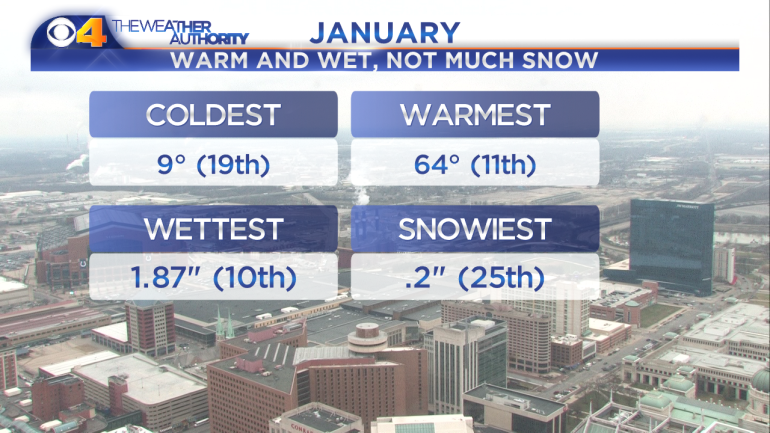 We saw near record heat in January. 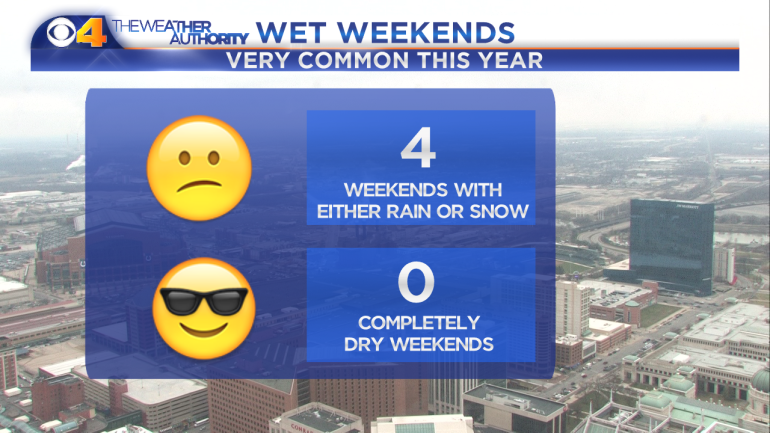 We have either rain or snow on every weekend of the year so far. 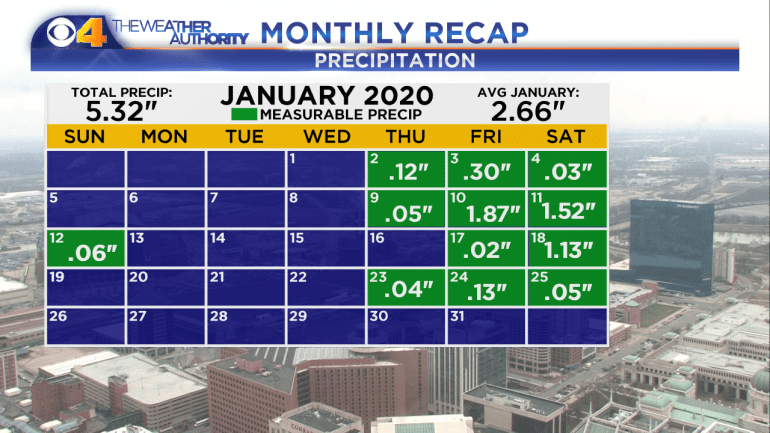 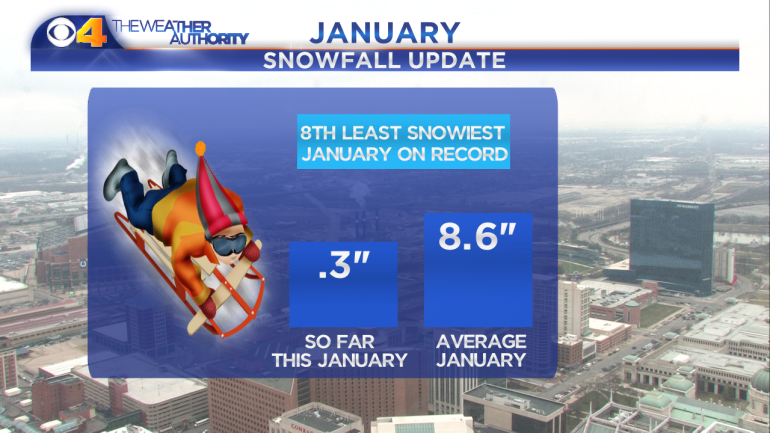 We  have not had much snow this month. 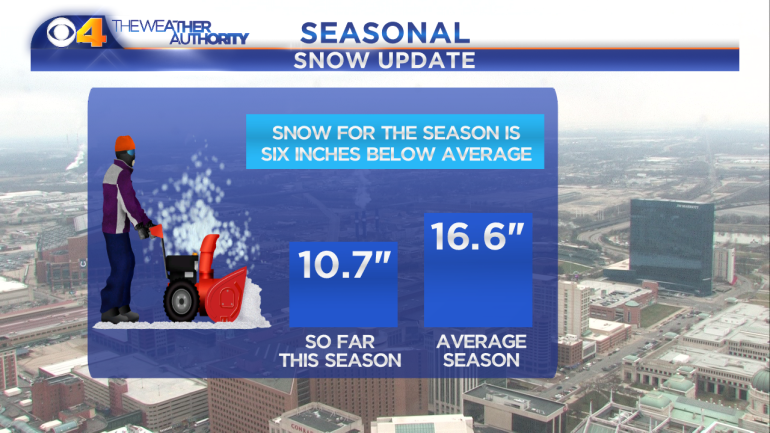 Our seasonal snowfall deficit is now right a six inches. 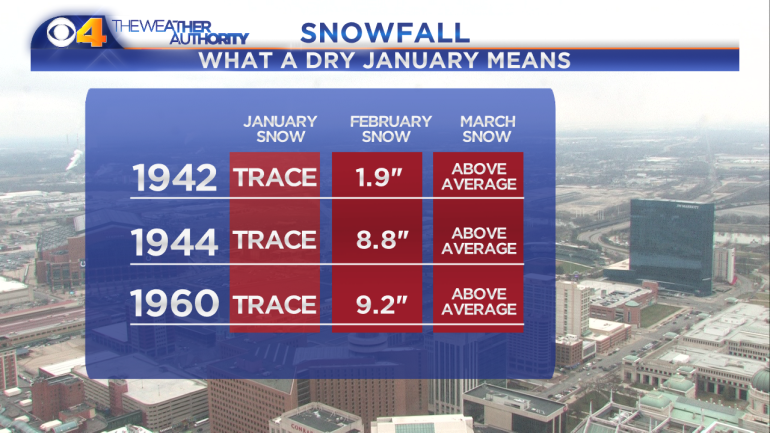 Less January snow does not necessarily translate to a dry Winter. 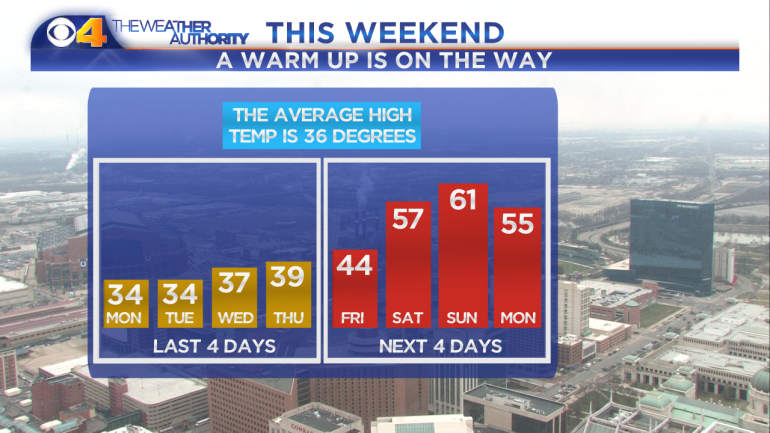 We’ll see a taste of Spring through early next week.

Gorgeous Monday morning but rain on the way

I highly recommend you take your morning coffee outside this morning because it is absolutely beautiful out. Overnight lows are only dipping into the 60s and we're expecting to warm quickly so dress for summer. You'll want your sunglasses for the first few hours but by the afternoon the umbrella will briefly be needed so keep that close.

Average highs this time of the year are in the mid 70s but it looks like we'll be about ten degrees above average today so prepare for the heat!

Memorial Day could be a lot like Sunday. Warm and humid with scattered afternoon showers and thunderstorms.

Warmer temperatures with a few showers for Memorial Day weekend

The cut off low that has sat over the eastern U.S. has finally moved east and as a result central Indiana saw more sunshine and warmer temperatures Friday afternoon. A new weather pattern will now develop. This will bring us more sunshine along with a daily chance for rain for the next seven days.

Scattered showers and thunderstorms will be in the forecast for Saturday, Sunday and Monday. The rain is most likely in the afternoon and early evening and neither day looks like a complete washout. We will also see a warm up with temperatures in the 80s for the Memorial Day weekend.

Indy community calls for sidewalks after 3 teens killed in crash