“It isn’t the heat. It is the humidity.”  It has been said for over a century and there is a lot of truth to it.  Humidity can make a significant impact to what it feels like during the summer.  While a dry heat can still be hot, humid heat can make it oppressive.

We have definitely been in “muggly” territory over the previous 10-11 days. 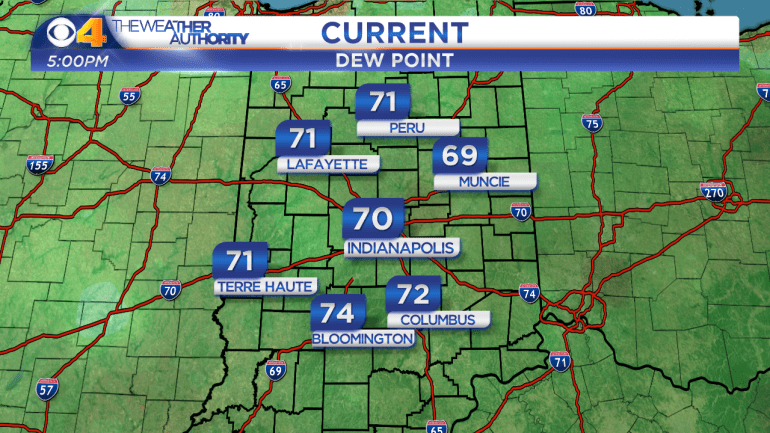 Moisture in the air at the surface will continue to drop for the start of the work week.  Computer models projected dew points dropping in to the upper 50°s to near 60° Monday.  This should allow it to feel much nicer around central Indiana.

The lower dew point Monday night and Tuesday morning should allow air temperatures to drop in to the low 60°s.  It might even be a night where you could open up your windows.

The break from lower humidity will be brief.  As moisture streams back in to the state, dew point temperatures will climb in the upper 60°s Tuesday.  Combined with slightly warmer temperatures, it will make it feel like temperatures (the heat index) in the upper 80°s.

Temperatures will continue to climb mid-week with high temperatures topping out near 90° Wednesday.  With even higher dew point temperatures (in the lower 70°s) heat index values will climb to the middle/upper 90°s. 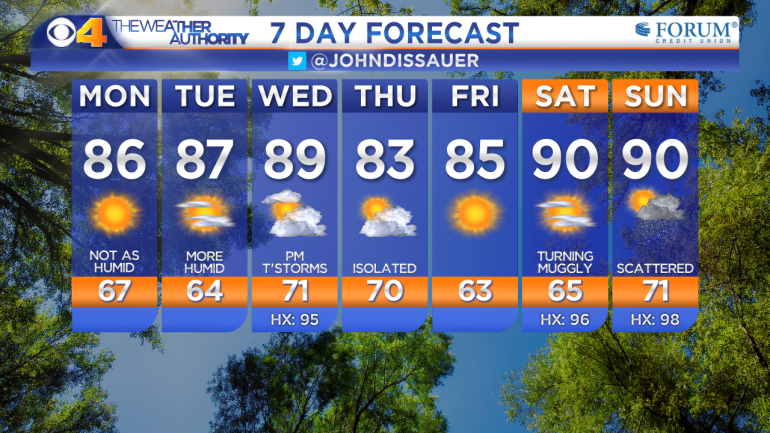