Heavy rain fell north of I-70 Wednesday evening and more rain is likely overnight through Thursday morning.  We'll get a break from rain during the day. Depending on how much sunshine breaks through the clouds to provide energy for late day storms, but a line of strong and  possibly severe storms may form after 3pm. These storms will bring the risk of hail and damaging straight-line winds. Friday will be cool and wet with lingering showers and dry weather returns this weekend. 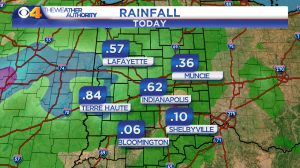 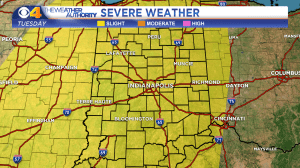 We'll have a slight risk for severe storms on Thursday. 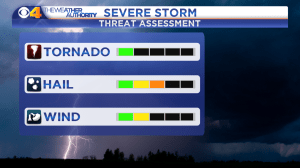 The main severe weather threats will be large hail and strong wind gusts. 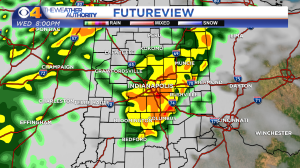 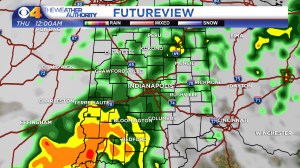 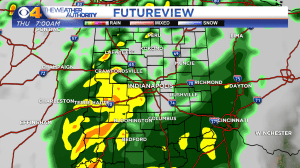 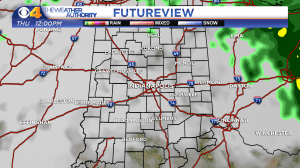 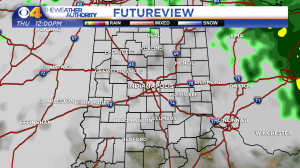 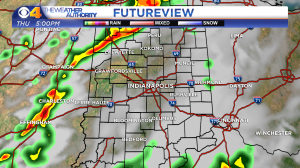 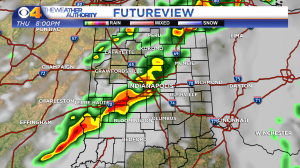 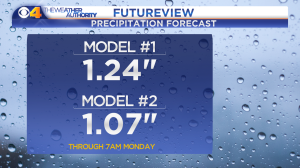 Over an inch of rain is likely. 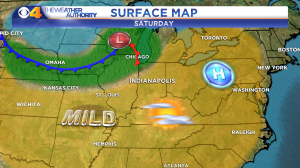 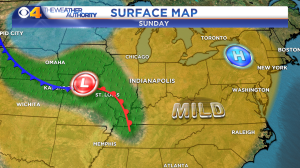 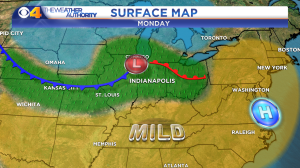 Finally, some rain for central Indiana and more on the way; With cooler temperatures

After two weeks without measurable rainfall a cold brought a few showers to central Indiana on Monday. Most areas received less than a tenth of an inch so we are still on target for the driest September on record. Behind the front this will be a much cooler week with highs in the 50s and 60s.

This is going to be a very active week of weather. A second cold front will move across the state and bring a chance for rain late Thursday. This will also reinforce the cool rain in place and scattered light frost will be possible Saturday morning. A third cold front will move across the state Sunday and bring another chance for rain. As with Monday's rain event, not much rain is expected with the next two systems.

Finally some rain; cooler air spilling in around central Indiana

We have a more than two and a half inch deficit for rainfall this month. We're going to get some much-needed rain today but it really won't make a dent in that deficit. We'll only get up to a tenth of an inch of rain Monday and mainly it'll just be scattered light showers.

Isolated downpours could help us get to the higher end of the rain forecast. Take along your umbrella Monday! Rain will be scattered through lunchtime with only isolated additional showers through dinnertime.

We have been stuck in a very dry weather pattern for the past couple months. Some relief, in the form of showers, will be coming through Sunday night and Monday. FutureView shows the area of rain moving through during the day Monday. We should see showers off and on until late Monday. The dry lawns and gardens could use more than the FutureView forecast rainfall amounts, but every little bit…

No spectators this year for annual Circle of Lights event

Trump claims he paid ‘millions’ in taxes despite returns showing he paid $750 in 2016, no taxes some years