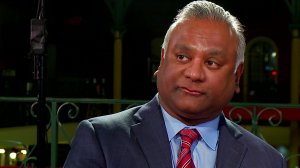 The discussion was great because it allowed folks from different perspectives to really listen to opposing views.  Too many people today have closed the door on the other side so society is becoming more polarized.  I want those opposed to the President to give him a chance.  The Trump supporters on the panel showed that they pay attention to his actions and understand the benefits they are having on the country.  Those opposed to the President had already written him off because of their disdain for his personality.  I am hopeful the discussion showed that for the good of the nation, we should try to look past his style and focus on the substance of his initiatives. 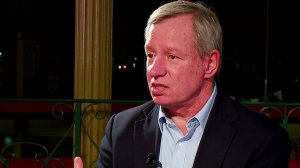 I was impressed by a couple of things, somewhat contradictory:
1. Absolutely no minds were changed on any topic. Whatever opinions people sat down with, that’s what they left with.
2. People were passionate, but in the true Hoosier way, were able to remain civil even in their disagreements.
I hope that anyone who watches a portion of the discussion appreciates that you can have strong opinions, yet realize that those who disagree with you are not unpatriotic, or less than honorable. After, all debate is the strength of our democracy. 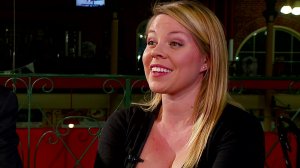 I was a little surprised at some of the misinformation that some seemed to express but unfortunately this probably speaks to the larger challenges in political discussion right now. Facts and opinions can seem interchangeable and some confuse the two. What was really special about this conversation, though, was that through a generally respectful and civil dialogue, people who would probably never otherwise discuss politics were able to address their differences and hold others accountable to their points. Everyone was very candid and passionate, which made an open and frank conversation like this not only enjoyable to watch but also beneficial to the participants and viewers who might feel more open to alternative perspectives or at least understanding of other views. Conversations like these make me hopeful that we aren’t as polarized as a nation as we are sometimes portrayed, even if we have many opposing perspectives. 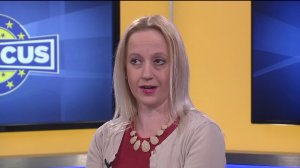 We got ourselves into this divisive mess in large part because we stopped listening to each other—and meeting our fellow Americans where they are instead of where we expect them to be. That’s true on both sides of the aisle. If we’re ever going to get back to a point in this country where we can debate big ideas in a civil, productive way, it starts with smaller conversations like this one, where people can hear each other out, air their own feelings and then (hopefully!) start trying to find middle ground. It’s hard, but it’s not impossible. And it’s the only way out of what feels like a political abyss. 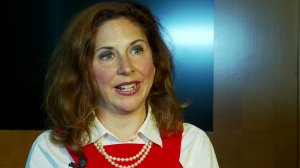 One thing most Americans agree on – political tension seems to be at an all-time high.Convening regular people in productive civil conversation is critical as we strive to find common ground. We all love America, we all want to support the success of people, we just have trouble agreeing on how to do it. The essential component here is the opportunity to communicate in person in an effort to focus on the issues at hand rather than the bombast and drama that we tend to take to heart, preventing collaboration or shared understanding. We don’t have to agree, but we do need to talk to each other, rather than at each other. This is a model for stepping away from rhetoric and protest and toward solutions and progress.

Is your car a target for catalytic converter theft?

DCS now says DNA test will be done on baby

1 person in critical condition after shooting