INDIANAPOLIS, Ind. -- Are the sounds outside your window harmless holiday fun or a reason to call 911?

It’s difficult to distinguish between the sound of gunfire and firecrackers.

Kevin Creighton is the executive editor at Ammoman.com. He decided to test the difference and break down the sights and sounds to listen for to ensure your safety. The test is also a way to inform the public and lessen the load on law enforcement on this holiday.

For the video test, Creighton used a common pistol, a Smith & Wesson M&P Shield in 9mm. The fireworks used are firecrackers, which are common in many communities.  The purpose of the test was to determine the difference in sound between the two. Creighton recorded the sound of both at close and long distance.

“What we found when we did the test was how surprisingly close in sound of a firecracker and a 9mm actually is,” said Creighton. “Law enforcement gets a lot of calls on July 4. Oh, it’s random gunfire, but it’s really people just firing up fireworks.”

Creighton says there are noticeable differences. The first difference is the rhythm.  When a pistol fires, it needs to cycle the action and reload another round then recoil. Those mechanical actions are identical and happen at regular intervals.

“With the firecracker that mechanical action doesn’t exist,” said Creighton, “They’ll go off as soon as the fuse is lit.”

The second factor Creighton considered is distance. At the end of video, the test is from 230 yards away. It proves the sound of a 9mm gunshot is much louder than a firecracker.

Creighton says it’s difficult to determine at a distance.

“Is that gunfire is four blocks away or firecrackers two blocks away? They sound very similar to each other.” 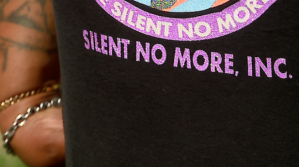 Lastly, Creighton says take into account what you can or cannot see.  Fireworks use black powder and not modern smokeless gunpowder.

“If you hear a pop, pop, pop and you’re not seeing any smoke, call law enforcement,” said Creighton.

Every year, police remind people not to fire celebratory gunshots into the air. As Chief Deputy Gary Woodruff of the Lawrence Police Department explained, what goes up must come down.

“What goes up, comes down with the same velocity that it went up with,” said Woodruff, “So, if it goes up with potentially lethal velocity, that same projectile is coming down.”

That bullet will hit something or someone. Woodruff says play it smart this holiday for you and your neighbors.

“Firing guns into the air or even into the ground, it's just not safe,” said Woodruff.

In Marion County, you can always dial 311 for non-emergency calls.  However, if you are concerned there are gunshots near you IMPD says, call 911.

BALTIMORE (NEXSTAR) -- One person has died and one other was trapped in the wreckage after a natural gas explosion Monday morning in Maryland, according to the Baltimore Firefighters Union IAFF Local 734.

The crash occurred at approximately 11:11 p.m. on County Road 1000E south of 56th Street near Brownsburg. A preliminary investigation shows the driver was traveling southbound on County Road 1000E when he drove off the west side of the roadway and hit a utility pole. He suffered life-threatening injuries during the crash.

Officers arrested Parker Broady, 24, at his residence in the 2700 block of Prosperity Drive just after 8 p.m. The Columbus Police Department Broady allegedly strangled a woman and held a gun to her head.

While You Were Sleeping: Coronavirus updates for August 10