Daniel Messel is charged with murder in the death of the 22-year-old student whose body was found in a Brown County field in April.

Messel’s attorney, public defender Dorie Maryan, argued media coverage has affected the jury pool for the case and suggested it should be moved somewhere else. Maryan said media reports recalling the deaths of IU students Lauren Spierer and Jill Behrman tainted the jury pool against Messel. The defense attorney also mentioned hostility toward Messel on social media as a factor justifying the change. 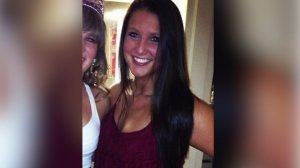 Prosecutors said the case wouldn’t be tried in a vacuum no matter where it takes place because of its newsworthy nature and its spread on social media. The state expects to call 20-30 witnesses from Brown and Monroe counties; the prosecution said moving the case would present a logistical challenge.

In addition, prosecutors said Wilson’s family lives in Fishers and would be inconvenienced by a change of venue.

Judge Judith Stewart did not make a decision Wednesday on the change of venue request, saying she will take it under advisement.

The Columbus Fire Department said the police department is looking for help finding Lester Burbrink. Burbrink was last seen at the Four Seasons Retirement Center on Taylor Road around 3:30 p.m. Friday and may require medical assistance.

INDIANAPOLIS, Ind. — One person died in a single-vehicle car accident on the east of Indianapolis early Saturday morning.

The Indianapolis State Police is investigating the crash that happened on I-70 near the I-465 ramp.

A panel of pastors, community advocates and business leaders sat in front of neighbors to share many perspectives using their personal experiences. The goal of the night is to come up with unified ways to resolve issues before one more person dies from violent crime.

Despite trade fight, Deere sees some stability on farms