INDIANAPOLIS, Ind. — Indianapolis Metropolitan police investigated a series of robberies on the south side of Indianapolis early Monday morning.

The first robbery occurred just before 2 a.m. Monday when a woman reportedly entered a Speedway gas station at at 5345 S. East St. and demanded money before leaving. The woman said she had a gun, but police said it wasn’t clear if she was actually armed.

The woman was caught at a nearby apartment complex. Another person of interest was also questioned in that case.

Around 5 a.m., an attempted robbery was reported at a Speedway at 936 W. County Line Rd. Police said a person entered and threatened to rob the business but left before taking anything.

Around 6 a.m., police investigated another reported robbery at a Hardee’s located at 8015 S. Meridian St. A female suspect was being sought in that case, police said. 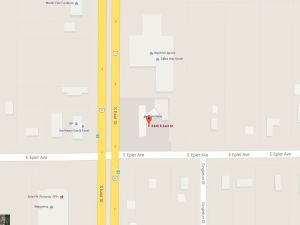 INDIANAPOLIS -- The night before Thanksgiving is often one of the biggest drinking nights of the year. For people battling addiction, it can be a tough night, and the pandemic may only make it worse.

“There is going to be a pressure if you’re in big groups to join in the festivities to drink to be part of it," explains Tony Langstaff, Clinical Director at Landmark Recovery Indianapolis, “Opposite side is if you are isolating during a holiday, especially something like Thanksgiving, it makes it more challenging. You’re more inclined to want to drink.”

WESTWOOD, Mass. (AP) — High school students in a Boston suburb are making an animated film version of "Romeo & Juliet" after their plans to stage a traditional performance were scuttled this fall by the ongoing pandemic.

The cast at Westwood High School has been making voice recordings of the scenes, which will then be set to images from a graphic novel version of the timeless Shakespeare play.

LONDON (AP) — Cambridge University launched an appeal Tuesday to find two valuable notebooks written by Charles Darwin after they were reported as stolen from the university’s library.

The notebooks, estimated to be worth millions of pounds, include the 19th-century scientist’s famous “Tree of Life” sketch. They haven’t been seen since 2000, and for years staff at the library believed that the manuscripts had probably been misplaced in the vast archives.

Prime minister: Canadians won’t be among the first to get vaccine

‘America is back’: President-elect Biden pushes past Trump era with nominees

Are dining tents a safe way to eat out during the pandemic?

Mask complaints, enforcement ramping up in some Indiana counties