JOHNSON COUNTY, Ind - Drivers in the Center Grove area of Johnson County are bracing for a series of traffic closures on the heavily-traveled Fairview Road.

The intersection of Bluff and Fairview Roads is expected to last until November 15, according to the latest project timeline.  When the Bluff Road intersection reopens, the Fairview Road closure will extend eastward to just short of Estes Road, and Paddock Drive will close between Fairview and Walnut Street.

A press release from the Johnson County Highway Department said the longer Fairview Road and Paddock Drive closures will only occur after the intersection of Bluff and Fairview Roads reopens to traffic.

The closures are needed to make way for the City of Greenwood’s $62 million Western Regional Interceptor Project.  The utility project has been in the works for several years and includes 10 miles of new sewer pipeline through the western side of Greenwood.  The project is intended to improve sewer flow throughout the city, counteract neighborhood flooding during heavy rain, and help prepare for expected development near the future I-69.

The planned closures along Fairview Road will require several detours and could result in traffic backups as drivers adjust to the changes.  Officials at Mount Pleasant Christian Church, at the corner of Bluff and Fairview, say they’ve had multiple meetings with project planners and are encouraging church members to be patient and follow posted detours.

Fairview road is a main route to and from State Road 37, but drivers trying to exit at Fairview Road to travel east will not be able to get far after the Bluff Road intersection is closed.

“Through traffic will be able to use the signed detour route along Morgantown Road, County Line Road, and SR 37 to bypass the closure area,” the press release said.

Officials at nearby New Hope Church say they’re encouraging members to use Morgantown road to get to their Fairview Road entrance.

“We’re discouraging people going to the west because we know Mount Pleasant Church down the road is going to have their hands full with their own traffic,” said New Hope Church Facilities Director, Jim Parker.

The main entrance to New Hope Church will be blocked when the extended Fairview Road closure takes effect in November.  Parker says contractors on the sewer project are planning to build the church a temporary entrance just outside the work zone.

“Still in the works of where that’s going to go and how that’s going to work, but we don’t see any issues,” Parker said.  “We don’t plan to cancel or reschedule any events here.”

“We’re going to run all our ministries and all our events,” Parker continued.  “Our preschool is going to continue same time, same days.”

David Bleke, owner of Center Grove Tire near the corner of Bluff and Fairview Roads, said he is concerned about his customers being able to get to his shop during the closures.  However, he supports the sewer project being done.

“We’re on a pump out here, which we have to pump our sewer, it’s very expensive,” Beke said.  “And once they get the new sewer in, we’ll be off that system.”

“Our transportation department has worked through modifications to bus routes during the various stages of road closures,” Center Grove Schools spokesperson Stacy Conrad said in a statement.  “We have also communicated with parents, sharing that there may be some delays related to the project for buses and traffic.”

Some residents in nearby subdivisions say they are concerned about heavy traffic volume on their neighborhood streets as drivers look for ways to avoid the posted detours.

“There are lots of kids playing in this neighborhood along with the neighborhoods adjoining us,” said Mackenzie McClurg.  “So that’s probably going to promote some unsafe atmospheres around that area.”

“I would like to see police, especially in the early morning and afternoon, to watch out for speeders,” said George Dow.

The Johnson County Sheriffs Department says they will have extra patrols and enforcement in the area to keep an eye on traffic flow and potential violators.

The City of Greenwood has more background information about the Western Regional Interceptor Project, and the latest road closure updates on their website. 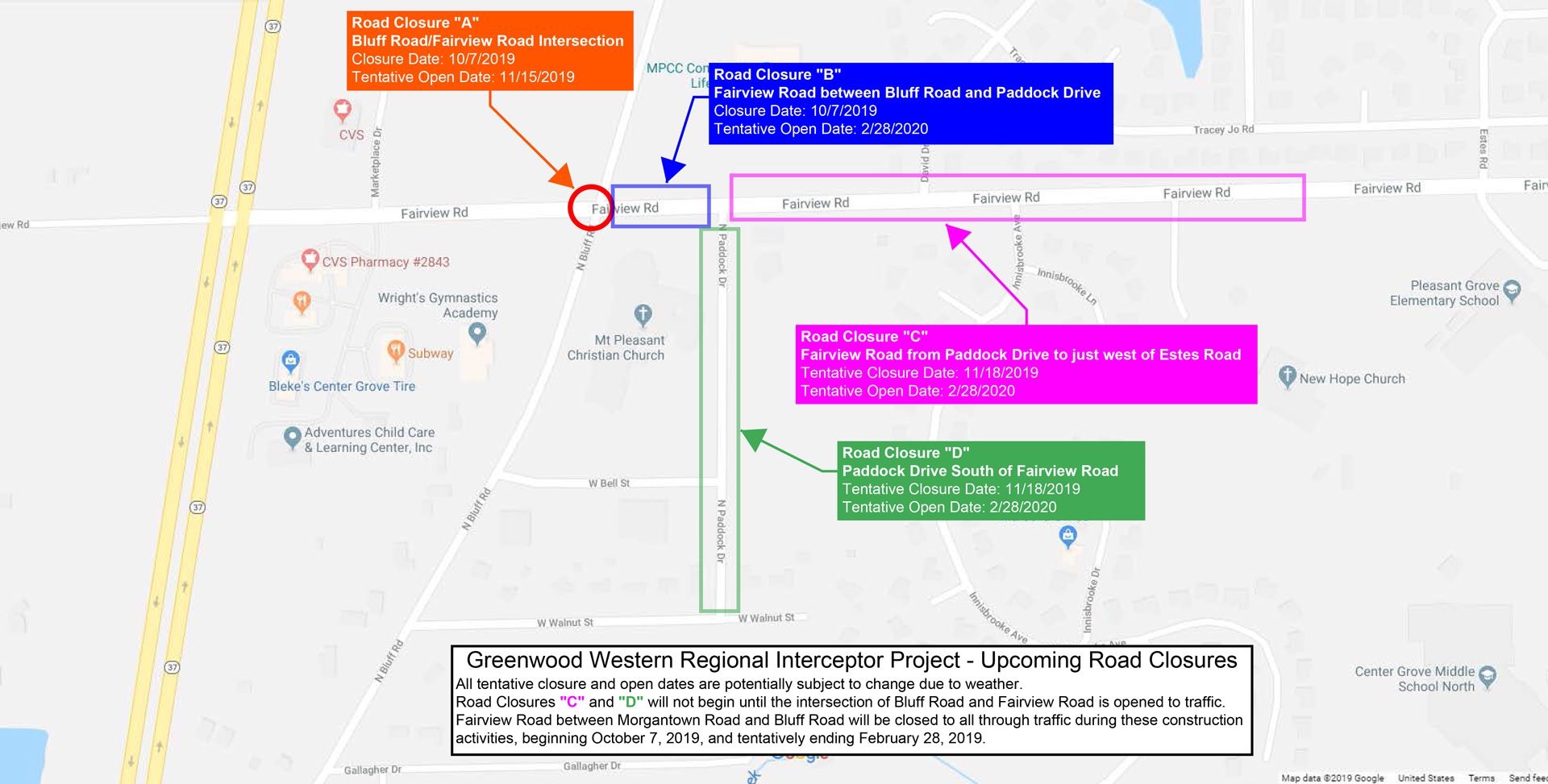 INDIANAPOLIS, Ind. -- Thousands of people are reported to be without power after severe thunderstorms moved through Central Indiana on Saturday evening leaving a trail of darkened homes in their wake.

Below is a recap of the storm system.

SAN JUAN, Puerto Rico (AP) — Statues, street names, plazas and even the body of conquistador Juan Ponce de León himself: Spain left a nearly indelible legacy in Puerto Rico that attracts hordes of tourists every year, but some activists are trying to erase it as they join a U.S. movement to eradicate symbols of oppression.

Dozens of activists marched through the historic part of Puerto Rico’s capital on Saturday, some wearing traditional Taino clothing as they banged on drums and blew on conch shells to demand that the U.S. territory’s government start by removing statues including those of explorer Christopher Columbus.

COVID-19 heroes must jump through hoops for workers’ comp

Dozens of US Marines in Japan’s Okinawa get coronavirus

Eldorado must sell 3 Indiana casinos as part of Caesars deal

Amazon says email to employees banning TikTok was a mistake