INDIANAPOLIS, Ind. -- This week, our Rachel Bogle is sitting down with some of racing’s legendary family dynasties to find out who they are off-track, what fuels them on track, as well as how they cope with the pressures of living up to a famous family name.

Today, we sit down with the Bobby and Graham Rahal inside their "home away from home" RV inside the drivers' lot at the Indianapolis Motor Speedway.

Unlike some other famous racing families, the Rahals had a bit of an unlikely start. Bobby Rahal’s father, Michael, was an amateur race car driver whose day job was in the fruit juice business.

"While my father later on was probably my biggest cheerleader, there was a period of time where he would say, 'Maybe you ought to think about growing up and getting a real job?”

Michael was Bobby’s biggest cheerleader, but he could have never foreseen that his son would go on to win the 1986 Indianapolis 500, three CART championships, and be considered one of the sport’s “greats.”

When it comes to his own son, though, Bobby says he saw the future from a mile away. And the rest—as they say—is history.

“There was no question if you knew Graham when he was 4 years old, you would not be surprised as to what he’s doing today because even at that age, he was clear that he wanted to drive race cars,” Bobby said.

So one would assume it surely wouldn’t have taken Graham long to convince his father to hop on board, right?

“I remember being a kid in Columbus, Ohio, and people were always coming up to him for autographs and bothering him during dinner --which is his least favorite thing in the whole world. His favorite line was ‘Sorry I didn’t mean to bother you,’ and it’s like ‘Well you came right up! (*laughs*)  Certainly you didn’t care! I remember being a kid and living through that, but I didn’t know any different.”

Golf was the furthest thing from Graham’s mind. But early in his career, the pressure to live up to his dad’s legacy was admittedly hard to ignore.

“I worried about it. I thought about it. It probably defeated me at times. But as I’ve gotten older and I’ve won races over the last few years I feel like I don’t really need to,” said Graham. “I hate seeing other people win. I just won’t lie about that. It’s really hard for me to be happy for somebody else winning, you know? So, that is what fuels me more than anything else… [More] than any other pressure that I may feel.”

Something else that’s been fueling the Rahal’s competitive spirit for decades?

A good old-fashioned rivalry with another one of the sport’s most famous families: the Andrettis. Once, Bobby even hung a picture of Michael Andretti on the wall of his gym, as a reminder of the driver he wanted to beat most.

“But I don’t think there’s any question— Michael and I were keen competitors. I won three championships and guess who was second in every one of those championships?” said Bobby. “It was Michael. And I’m sure that ticks him off…”

“Just as much as it makes him happy!” interjects Graham.

Bobby said he isn’t quite sure how the rivalry got started, but from his perspective it was also out of tremendous respect.

“If you did need motivation, you put that picture up just to give you that extra little… you’d be willing to accept a little more pain,” Bobby said.

So is the rivalry still alive?

“For sure! It carries down,” said Graham. “In the world that we live in and I think it’s a fact that if you’re a Rahal fan, you’re probably aren’t going to go cheer for Marco on Sunday. And if you’re an Andretti fan, I can pretty much guarantee you’re not going to cheer for me.”

One thing any multi-generation racer knows all too well is the assumption by some critics that a famous last name—and a dad who owns an IndyCar team— means opportunity is just handed to you.

“If people say that and they think that— and trust me, I live it. I get it. My wife gets it. We all hear it. But if people want to say that, they really don’t know me,” Graham adds.

By the way, Graham’s wife is Courtney Force. As in the daughter of drag racer John Force, the winningest driver in motorsports history. Courtney is also the winningest female Funny Car driver in history in her own right. Together, they’re the definition of a dynasty racing power-couple.

So, for the next generation— will it be Indycar or drag racing?

“Who knows? The kid conversation is a long way down the road. But I would much rather see my kid be the next Tiger Woods than I would [the next race car driver]. Well, maybe not Tiger, OK? Lets’ go with like Phil,” Graham said with a laugh. “But at the same time, I know what racing has done for my family. I know what racing has done for Courtney’s. So it’s probably going to be pretty hard to…”

“Save your pennies!” Bobby joked.

Before the next generation comes into play, the younger Rahal has one primary focus: to win the Indy 500.

So how will the family celebrate if Graham wins?

“It won’t be a matter of how, it will be how long?” said Bobby

“All I know is Mike Lannigan--he stopped drinking 25 or 30 years ago. And he said he will be drunker than hell if we win! And I believe him!” he added.

“That’s always been Mike and my deal,” said Graham. “If I win Indy with him, he’s got to have a drink with me.” 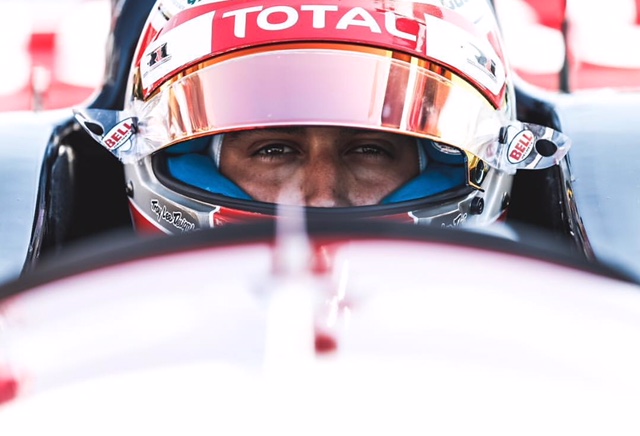 Until the green flag drops on this year's Indy 500 and Graham gets his chance to join his father on the Borg-Warner Trophy, you can peer into the drivers' lot at the Indianapolis Motor Speedway and likely catch the Rahal family doing the same things any other family enjoys doing on Memorial Day weekend.

WEB EXTRA: In today's Web Extra, Graham Rahal is calling out his dad over his infatuation with a "Shark-Tracker" app. Graham explains how Twitter [and Bobby frequently tweeting about sharks] has caused their father/son roles to reverse.

The Columbus Fire Department said the police department is looking for help finding Lester Burbrink. Burbrink was last seen at the Four Seasons Retirement Center on Taylor Road around 3:30 p.m. Friday and may require medical assistance.

INDIANAPOLIS, Ind. — One person died in a single-vehicle car accident on the east of Indianapolis early Saturday morning.

The Indianapolis State Police is investigating the crash that happened on I-70 near the I-465 ramp.

A panel of pastors, community advocates and business leaders sat in front of neighbors to share many perspectives using their personal experiences. The goal of the night is to come up with unified ways to resolve issues before one more person dies from violent crime.

Despite trade fight, Deere sees some stability on farms