LAS VEGAS – Jessica Kindle was singing and dancing alongside her fiancée and friends Sunday night.

The Plainfield couple was celebrating his birthday.

“I think it’s fireworks,” she said in a phone interview from her hotel Monday afternoon. “I think it’s part of the show and no way is this happening. People are running and saying, ‘get down, get down!’”

Kindle said her group was about 100 feet from the stage. 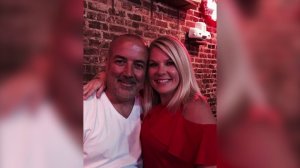 “I cannot even begin to explain to you just the sheer terror,” she said.

Immediately Kindle said they dove to the ground.

“We just saw mass chaos and people crying and screaming and telling people to be quiet,” she said. “We saw people shot laying there, people pretty much trying to save their lives. We were all trying to take cover. I can’t even begin to express to you the sheer terror we all felt. We thought we were going to die.”

One of the bullets grazed Kindle’s nearby friend, she said, as he was trying to help drag another woman to safety. 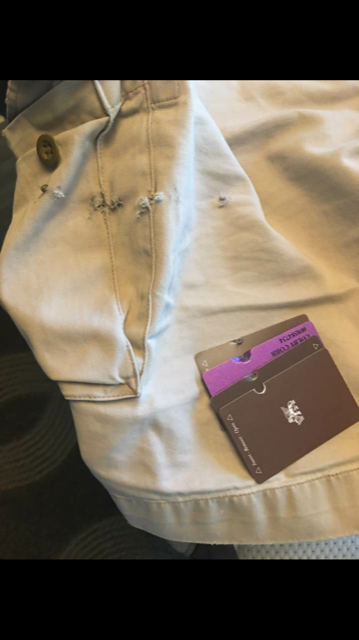 Across the street, Amy von Eiff from Fishers was watching the Blue Man Group perform, when at the end of the show the auditorium was placed on lock-down. Owner of A Cut Above Catering in Carmel Von Eiff is in Las Vegas for a conference.

“There was talk about a bomb being in our area, which is why they were keeping us on lock-down for so long,” she said.

Von Eiff said they were in the auditorium for four-and-a-half hours overnight. 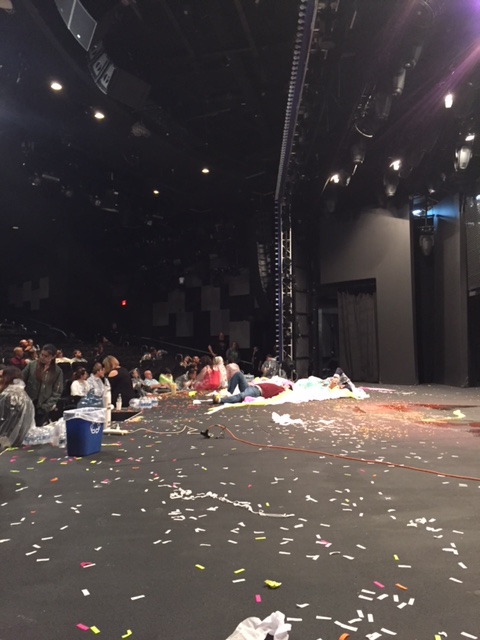 And when they emerged, they saw the chaos.

“You could see all the people coming from the concert with blankets around them,” she said. “Some people were limping. Some people have blood on them and so they were all just dazed.”

About 250 Hoosier golfers are also in Las Vegas as part of the Indiana PGA Las Vegas Pro Am golf tournament.

The Indiana Golf Association said Monday morning all players are accounted for and safe.

All 250 players participating in the Indiana PGA Las Vegas Pro Am are accounted for. Thoughts and prayers to all those impacted.

One of the players, Shane Headlee from Brownsburg, said he was in his hotel casino down the strip when the shooting happened which was placed on lock-down overnight as well.

“I went straight to the room and it was kind of scary,” he said. “Because I had a long walk to where I needed to go to the elevators, and you just kind of feel defenseless walking because you don’t have a weapon and you don’t know if the shooter is in the casino. They couldn’t tell us exactly what was happening.”

UNITED NATIONS (AP) — Born out of World War II's devastation to save succeeding generations from the scourge of conflict, the United Nations officially marks its 75th anniversary Monday at an inflection point in history, navigating a polarized world as it faces a pandemic, regional conflicts, a shrinking economy and growing inequality.

Criticized for spewing out billions of words and achieving scant results on its primary mission of ensuring global peace, the U.N. nonetheless remains the one place that its 193 member nations can meet to talk.

INDIANAPOLIS -- What are Indiana political insiders saying about the latest news from the campaign trail? Will some of these week's big controversies and key endorsements matter to Indiana voters?

On this week's edition of IN Focus, panelists Lara Beck, Tony Samuel, Robin Winston and Mike Murphy discuss this week's top stories, including the state superintendent's endorsement of Democratic candidate for governor Woody Myers, and the latest news from Washington ahead of the first Presidential debate later this month.

According to the City of Kannapolis, Sgt. Dot Cole is the oldest living Marine.

U.S. and Texas have ‘out of control’ population of ‘super-pigs,’ expert says

Death ruled homicide after body found on northeast side of Indy