On Dec. 3, 1877, there are two telephones in use in Indiana, only one year after Alexander Graham Bell receives a patent for the device. The phones, demonstrated at the Indiana State Fair, are put into operation at Wales and Company, an Indianapolis coal dealer. (Source: Hoosier History Highlights from the Indiana Department of Administration) 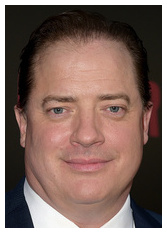 On Dec. 3, 1968, actor Brendan Fraser is born in Indianapolis to Canadian parents. As a result, he holds dual American and Canadian citizenship. He is best known for playing Rick O’Connell in The Mummy trilogy (1999, 2001, 2008), as well as for leading roles in comedy and fantasy films including Encino Man, George of the Jungle, Bedazzled, Looney Tunes: Back in Action and Journey to the Center of the Earth. He turns 50 today. (Photo by Kevin Winter/Getty Images)

In 1828, Andrew Jackson was elected president of the United States by the Electoral College.

In 1833, Oberlin College in Ohio _ the first truly coeducational school of higher learning in the United States _ began holding classes.

In 1926, English mystery writer Agatha Christie, 36, disappeared after driving away from her home in Sunningdale, Berkshire. (Christie turned up 11 days later at a hotel in Harrogate, Yorkshire.)

In 1947, the Tennessee Williams play “A Streetcar Named Desire” opened on Broadway.

In 1964, police arrested some 800 students at the University of California at Berkeley, one day after the students stormed the administration building and staged a massive sit-in.

In 1967, a surgical team in Cape Town, South Africa, led by Dr. Christiaan Barnard (BAHR’-nard) performed the first human heart transplant on Louis Washkansky, who lived 18 days with the donor organ, which came from Denise Darvall, a 25-year-old bank clerk who had died in a traffic accident.

In 1979, 11 people were killed in a crush of fans at Cincinnati’s Riverfront Coliseum, where the British rock group The Who was performing.

In 1980, Bernadine Dohrn, a former leader of the radical Weather Underground, surrendered to authorities in Chicago after more than a decade as a fugitive.

In 1984, thousands of people died after a cloud of methyl isocyanate gas escaped from a pesticide plant operated by a Union Carbide subsidiary in Bhopal, India.

In 1992, the first telephone text message was sent by British engineer Neil Papworth, who transmitted the greeting “Merry Christmas” from his work computer in Newbury, Berkshire, to Vodafone executive Richard Jarvis’ mobile phone. The Greek tanker Aegean Sea spilled more than 21 million gallons of crude oil when it ran aground off northwestern Spain.

In 1999, Tori Murden of the United States became the first woman to row across the Atlantic Ocean alone as she arrived at the French Caribbean island of Guadeloupe, 81 days after leaving the Canary Islands near the coast of Africa.

Ten years ago: President-elect Barack Obama selected New Mexico Gov. Bill Richardson as his commerce secretary. (However, Richardson withdrew a month later when it appeared his confirmation hearings would be complicated by a grand jury investigation over how state contracts were issued to political donors; Gary Locke ended up being appointed.) Theological conservatives upset by liberal views of U.S. Episcopalians and Canadian Anglicans formed a rival North American province.

Five years ago: Seeking to regroup from his health care law’s disastrous rollout, President Barack Obama insisted the sweeping overhaul was working and warned Republican critics that he would fight any efforts to strip away its protections. A federal judge ruled Detroit could use bankruptcy to cut employee pensions and relieve itself of other crushing debts, handing a defeat to the city’s unions and retirees and shifting the case into a delicate new phase. The Illinois Legislature approved a historic plan to eliminate the state’s $100 billion pension shortfall.

One year ago: The second-largest U.S. drugstore chain, CVS, announced that it was buying Aetna, the third-largest health insurer, in order to push much deeper into customer care. Former longtime Illinois congressman John Anderson, who ran for president as an independent in 1980, died in Washington at the age of 95. A partial implosion of the Silverdome in Pontiac, Michigan, failed to bring down the upper section of the Detroit Lions’ former home; the demolition company handling the project was successful the following day.

INDIANAPOLIS--A disturbance between two men in the front yard of a west side home is believed to be the reason behind the city's latest homicide. That makes 199 homicides on the year which has surpassed all previous homicide numbers for Indianapolis.

Around 8:45 p.m. Saturday, IMPD Northwest District officers responded to a possible person shot in the 3900 block of Bennett Drive. Officers arrived quickly on the scene and found an adult male, 37 to 38 years old, suffering from at least one gunshot wound.

LAWRENCEBURG, Ind. — Detectives with the Indiana State Police are investigating after a Lawrenceburg police officer shot and killed a man while responding to a disturbance early Saturday morning.

The Indiana State Police (ISP) said the shooting happened around 3 a.m. Saturday at the Summit Pointe Apartments in Lawrenceburg. Officers initially responded to a report of a disturbance.

NEW YORK (AP) — A college student from Indiana was killed by a stray bullet in New York City on Saturday, police said.

Twenty-year-old Ethan Williams, of Indianapolis, was sitting on a stoop in the Bushwick section of Brooklyn with a group of friends when several shots were fired at about 2:30 a.m., police said. Williams was shot in the chest. He was taken to a hospital, where he was pronounced dead.

Voter advocates hoping to stave off intimidation at polls

The Needle goes away as probability experts assess 2020 race

‘We don’t speculate’: How AP counts votes and calls races

‘All talk, no action’ defense likely in Michigan kidnap case

With Charlie Brown specials gone from TV, here’s how to watch them for free

Asteroid samples escaping from jammed NASA spacecraft: ‘Time is of the essence’

IU gambles on 2-point conversion, tops No. 8 Penn State for upset in Bloomington

Voter advocates hoping to stave off intimidation at polls

The Needle goes away as probability experts assess 2020 race