On Dec. 29, 1997, former nurse Orville Lynn Majors, dubbed the “Angel of Death,” is arrested on serial murder charges. He was suspected in the deaths of 130 patients that died while he was on duty between 1993 and 1995 at Vermillion County Hospital. It was reported that he murdered elderly patients who were demanding, whiny, or disproportionately added to his work load. Majors would be convicted in 1999 and died in an Indiana prison last year. 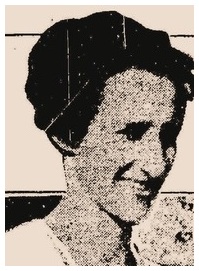 On Dec. 29, 1924, the most gruesome crime Cass County had ever seen occurs at a home just north of Logansport where 33-year-old Emma Hobaugh kills her father, mother, brother, and her 3-year-old daughter. All four were nearly decapitated from shotgun blasts to the head, which the coroner said occurred during a spell of violent insanity. Hobaugh would tell police during questioning: “They were mean to me. God told me to.” (Photo credit: Indiana State Library) 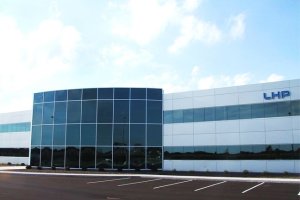 In 1170, Thomas Becket, the Archbishop of Canterbury, was slain in Canterbury Cathedral by knights loyal to King Henry II.

In 1808, the 17th president of the United States, Andrew Johnson, was born in Raleigh, North Carolina.

In 1890, the Wounded Knee massacre took place in South Dakota as an estimated 300 Sioux Indians were killed by U.S. troops sent to disarm them.

In 1910, the capital of Oklahoma was moved from Guthrie to Oklahoma City as the state legislature approved a bill which was signed by Gov. Charles N. Haskell. (Although the move was challenged in court, the U.S. Supreme Court upheld the action.)

In 1940, during World War II, Germany dropped incendiary bombs on London, setting off what came to be known as “The Second Great Fire of London.”

In 1972, Eastern Air Lines Flight 401, a Lockheed L-1011 Tristar, crashed into the Florida Everglades near Miami International Airport, killing 101 of the 176 people aboard.

In 1975, a bomb exploded in the main terminal of New York’s LaGuardia Airport, killing 11 people (it’s never been determined who was responsible).

In 2006, word reached the United States of the execution of former Iraqi leader Saddam Hussein (because of the time difference, it was the morning of Dec. 30 in Iraq when the hanging took place). In a statement, President George W. Bush called Saddam’s execution an important milestone on Iraq’s road to democracy.

Five years ago: The first of two suicide bombings that claimed the lives of 32 victims in the southern Russian city of Volgograd took place in a train station (the second blast occurred on a bus the next day).

One year ago: Puerto Rico authorities said nearly half of the power customers in the U.S. territory still lacked electricity, more than three months after Hurricane Maria.

What we know about the Herbert Baumeister serial …

How to avoid getting scammed this Giving Tuesday

Most popular baby names for girls in Indiana

Mild Tuesday comes with strong storms in the night

Family of man injured in hit-and-run on Indianapolis …