On Dec. 18, 1812, the Battle of Mississinewa is fought in Grant County. The expedition of U.S. forces against the British-allied Miami Indians was ordered by William Henry Harrison in response to attacks on Fort Wayne and Fort Harrison in the Indiana Territory. The battle site was near the city of Marion along the Mississinewa River. It would be the first U. S. victory in the War of 1812. (Source: Hoosier History Highlights from the Indiana Department of Administration) 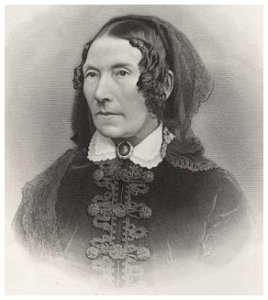 On Dec. 18, 1814, Sarah T. Bolton, known as the “Pioneer Poet Laureate of Indiana”, is born. She authored over 150 poems during her lifetime, many of which were featured in newspapers across the country – but is best known for her poem “Paddle Your Own Canoe” (1850). An activist for women’s rights, she worked during Indiana’s 1850–1851 constitutional convention to include the recognition of women’s property rights. She is commemorated by the Sarah T. Bolton Relief, a 1941 bronze sculpture relief located on the second floor rotunda in the Indiana Statehouse. (Photo courtesy: Indiana Historical Society)

On Dec. 18, 1991, flu outbreaks afflict schools across Indiana as absenteeism rates are reported above 10 percent, three times the normal rate; an Indianapolis Star newspaper headline proclaims: “Flu keeping youngsters out of school by the thousands”. 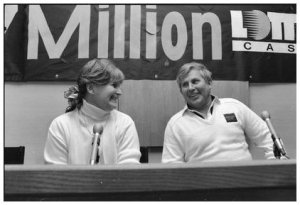 In 1787, New Jersey became the third state to ratify the U.S. Constitution.

In 1865, the 13th Amendment to the Constitution, abolishing slavery, was declared in effect by Secretary of State William H. Seward.

In 1892, Peter Ilyich Tchaikovsky’s ballet “The Nutcracker” publicly premiered in St. Petersburg, Russia; although now considered a classic, it received a generally negative reception from critics.

In 1916, during World War I, the 10-month Battle of Verdun ended with French troops succeeding in repulsing a major German offensive.

In 1917, Congress passed the 18th Amendment to the U.S. Constitution prohibiting “the manufacture, sale, or transportation of intoxicating liquors” and sent it to the states for ratification.

In 1940, Adolf Hitler signed a secret directive ordering preparations for a Nazi invasion of the Soviet Union. (Operation Barbarossa was launched in June 1941.)

In 1944, the U.S. Supreme Court upheld the government’s wartime evacuation of people of Japanese descent from the West Coast while at the same time ruling that “concededly loyal” Americans of Japanese ancestry could not continue to be detained.

In 1957, the Shippingport Atomic Power Station in Pennsylvania, the first nuclear facility to generate electricity in the United States, went on line. (It was taken out of service in 1982.)

In 1972, the United States began heavy bombing of North Vietnamese targets during the Vietnam War. (The bombardment ended 11 days later.)

In 1987, Ivan F. Boesky was sentenced to three years in prison for his role in a major Wall Street insider-trading scandal. (Boesky served about two years of his sentence).

In 1998, the U.S. House debated articles of impeachment against President Bill Clinton. South Carolina carried out the nation’s 500th execution since capital punishment resumed in 1977.

In 2000, The Electoral College cast its ballots, with President-elect George W. Bush receiving the expected 271; Al Gore, however, received 266, one fewer than expected, because of a District of Columbia Democrat who’d left her ballot blank to protest the district’s lack of representation in Congress.

Ten years ago: A U.N. court in Tanzania convicted a former Rwandan army colonel, Theoneste Bagosora, of genocide and crimes against humanity for masterminding the killings of more than half a million people in a 100-day slaughter in 1994. (Bagosora was sentenced to life in prison, but had his sentence reduced in 2011 to 35 years.) W. Mark Felt, the former FBI second-in-command who’d revealed himself as “Deep Throat” three decades after the Watergate scandal, died in Santa Rosa, Calif., at age 95. “Star Trek” actress Majel Barrett Roddenberry, widow of series creator Gene Roddenberry, died in Los Angeles at age 76.

Five years ago: A presidential advisory panel released a report recommending sweeping changes to government surveillance programs, including limiting the bulk collection of Americans’ phone records by stripping the National Security Agency of its ability to store that data in its own facilities. Ronnie Biggs, 84, known for his role in Britain’s 1963 Great Train Robbery, died in London.

One year ago: An Amtrak train making the first-ever run along a faster route hurtled off an overpass south of Seattle and spilled some of its cars onto the highway below; three people were killed and dozens were hurt. (Investigators found that te train was traveling 80 mph in a 30 mph zone.) A fire and blackout at Hartsfield-Jackson Atlanta International Airport, the world’s busiest, forced the cancellation of more than 1,500 flights just days before the start of the Christmas rush; airlines said some of the grounded travelers would have to wait days before there would be available seats on flights. The Los Angeles Lakers retired numbers 8 and 24, both of the jersey numbers worn by Kobe Bryant, the leading scorer in franchise history.

CHICAGO (AP) — It's almost as if he's writing a personal check.

In recent days, President Donald Trump has promised millions of Medicare recipients that — thanks to him — they'll soon be getting an “incredible” $200 card in the mail to help them pay for prescriptions. He's called himself “the best thing” that ever happened to Puerto Rico, while releasing long-stalled aid. Trump has also taken to showcasing the $28 billion he “gave” to farmers hard hit by the trade war with China.

WASHINGTON (AP) — The White House is backing a $400 per week pandemic jobless benefit and is dangling the possibility of a COVID-19 relief bill of $1.6 trillion as last-ditch, pre-election negotiations hit a critical phase Thursday. But pessimism is again seeping into the talks and the two sides switched back to attacking each other in public.

The offer by Treasury Secretary Steven Mnuchin on unemployment is higher than many Republicans would like in any potential COVID deal with House Speaker Nancy Pelosi. Significant, possibly unbridgeable hurdles remain.

NEW YORK (AP) — The image is haunting, depicting a gaunt-faced man with a familiar beard, staring ahead lifelessly. The right eye is bulging and appears disfigured from an unseen wound.

Some experts believe the man is Abraham Lincoln, captured hours after the nation's beloved 16th president succumbed to an assassin's bullet on April 15, 1865, a heretofore unknown photo of incalculable emotional and historic value.

Capacity at Lucas Oil Stadium increases to 12,500 for Colts’ Oct. 18 game against Bengals

Implant could bring relief to sleep apnea patients instead of machine

First-time voter? Here’s everything you need to know

Times of sun and clouds Precip: 5%

Capacity at Lucas Oil Stadium increases to 12,500 for Colts’ Oct. 18 game against Bengals