NOBLESVILLE, Ind. -- Noblesville residents are on edge after they say teens are vandalizing their Halloween decorations.

“I've lived here for nine years, and I decorate every year for Halloween, Christmas, everything,” said homeowner Jorga Moore-Newton.

Moore-Newton's home on 16th Street is decked out in all things spooky. But Moore-Newton says she’s become heated over vandals causing a ruckus in her neighborhood.

“A week ago, they came and took some of my pumpkins and smashed them. So I hoped that that was the end of it,” she said.

She immediately took precautions by removing some decorations.

“And they still came last night and got some other stuff,” said Moore-Newton.

Moore-Newton says she had multiple pumpkins stacked on her front porch Friday night. Saturday morning, they were smashed in front of her home. She caught a glimpse of the vandal on surveillance. 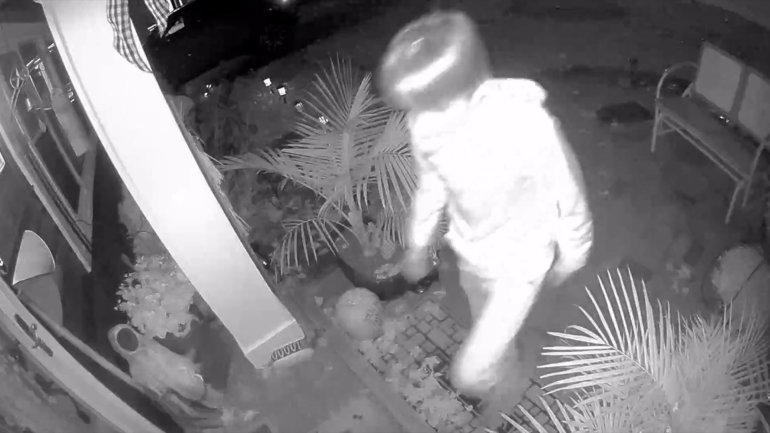 “They’re going all over town smashing people's pumpkins and slicing their blow-up Halloween decorations out in their yard. They've busted lights, they’ve got my neighbor's flower pots and busted them,” said Moore-Newton.

But she wasn’t the only one. Joey Bryant got a call Saturday morning from the Noblesville Police Department saying that his produce stand was vandalized, leaving pumpkins everywhere.

As a business owner, this hurts his bottom line.

“It just kind of lets me down. We provide a good service for the community, and we’d like this not to happen to us,” said Bryant.

In the meantime, Moore-Newton is removing her decorations to keep the vandals from returning. But she has a message for the parents.

“Keep them in at night,” said Moore-Newton.

We’ve reached out to the Noblesville Police Department but have yet to hear back.

INDIANAPOLIS, Ind-  The age of the suspects arrested for the quadruple homicide has not gone unnoticed for those who work with youth in the community. They say there’s more we can do now to prevent these tragedies from happening.

“It’s sad quite frankly,” said Kia Wright, the founder and director of “VOICES.” “It’s heartbreaking our kids are seeing death every single day, and that's why we have to come together, organizations and communities, to be able to try to solve this as a unit.”

NEWARK, N.J. (AP) — Sandro Mamukelashvili hit an off-balance shot in the lane at the buzzer to give No. 16 Seton Hall a stunning 74-72 victory over No. 21 Butler on Wednesday night.

The game-winning shot came on an inbounds play after the officials reviewed a missed shot by Quincy McKnight and added two tenths of a second, putting 0.6 on the clock.

MONTICELLO, Ind. – An Indiana landmark is closings its doors after nearly 100 years.

Those who live close to Indiana Beach now fear their community will never be the same.