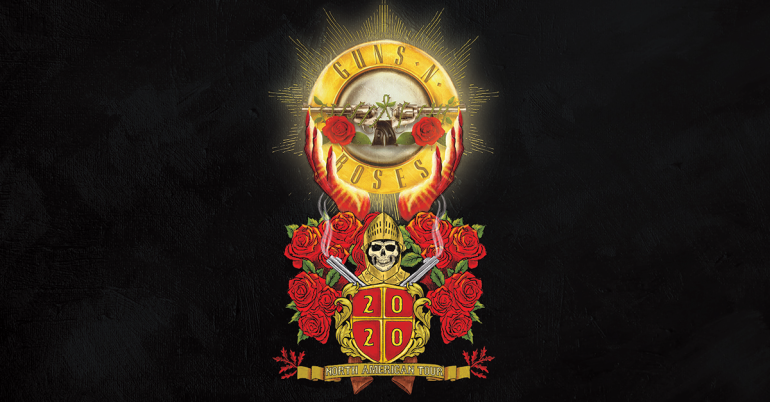 The massive tour will come to downtown Indy on Friday, August 21 at Lucas Oil Stadium.

According to Live Nation, the band will showcase a vast catalogue of hits on the road including “Welcome to the Jungle,” “Paradise City,” “Sweet Child o’ Mine,” and “November Rain.”

Today’s announcement comes on the heels of the band’s first show of the decade at Super Bowl Music Fest that invaded Miami this weekend.

Tickets go on sale to the general public starting Friday, February 7th at 12 p.m. at LiveNation.com.

In 2016 Axl Rose, Slash, and Duff McKagan shocked and thrilled fans around the world after revealing they were reuniting for their now historic Not In This Lifetime Tour.

The band brought endless energy to over 150 shows, playing for more than 5.5 million fans worldwide. Produced and promoted by Live Nation, the Not In This Lifetime Tour was crowned the third highest grossing outing of all time.

During these trying times -- communities are coming together to help out. In one Colorado neighborhood, a pup is doing his part and bringing groceries to a neighbor in need.

Renee hellman has COPD and other medical conditions that make her a prime target for the virus, so her neighbor, Karen Evelth, came up with a solution.

TALLAHASSEE, Fla. (WKRG/ASSOCIATED PRESS) --Governor Ron DeSantis said during his daily briefing Friday that checkpoints will be set up at state lines in Florida, limiting travel from COVID-19 hot spots like Louisiana. Commercial vehicles would be allowed to move freely. DeSantis said that vacation rentals will also be suspended for two weeks, "if you're coming from one of the epicenters, we probably think you should obey the directions of your state and local officials. And if they are telling you to shelter in place do that but don't come here." DeSantis says panhandle communities have relatively low numbers of cases and they want to keep it that way.

The Governor said this is an effort to prevent people from traveling to Florida to escape other "hot spots" of the coronavirus. Details on the checkpoints weren't extremely clear, but DeSantis said people with certain license plates would be diverted and "if they blow through the checkpoints they could be pulled over"

INDIANAPOLIS: We are tracking severe weather threats moving across Central Indiana. Find the latest information as it becomes available here:

Windy with a mix of sun and clouds Precip: 0%