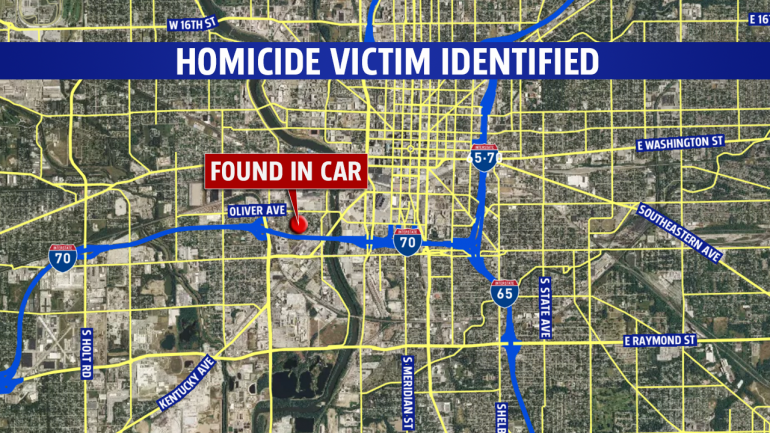 INDIANAPOLIS, Ind. – A man was found dead inside a vehicle parked in a near west side alley Tuesday evening.

The Indianapolis Metropolitan Police Department says officers located the man when they were called to the 1300 block of West Ray Street shortly after 7:15 p.m. IEMS responded and pronounced the male deceased at the scene.

Homicide detectives were called to the scene and began canvassing the area for witnesses.

The Marion County Coroner’s office arrived on the scene and found trauma to the man’s body. His death is now being investigated as a homicide.

The man was identified Wednesday as Joseph Mefford, 26. His cause of death was ruled to be a gunshot wound to the head and neck.

(NEXSTAR) -- While some towns are all but nixing Halloween, Reese's is hoping to bring safe trick-or-treating to neighborhood doorsteps.

The company is sending out a remote-controlled robotic door to roll through neighborhoods and dispense king-size -- "because why not?" -- Reese's Peanut Butter Cups.

AUSTIN (KXAN) -- Spooky season is halfway over, but there's still time to get your chills before October ends. Here's a list of the horror movies currently available for streaming.

WASHINGTON (Reuters) — The U.S. Justice Department and 11 states filed an antitrust lawsuit against Alphabet Inc's Google on Tuesday for allegedly breaking the law in using its market power to fend off rivals.

Google's public policy team said a full statement is pending Tuesday morning. Meanwhile, the company stated on Twitter: "Today’s lawsuit by the Department of Justice is deeply flawed. People use Google because they choose to — not because they're forced to or because they can't find alternatives."

Commission to mute microphones in next presidential debate