INDIANAPOLIS, Ind. — A neighborhood on the city’s southwest side is on edge after several car break-ins.

They say they feel violated after multiple crimes were all caught on video.

“A lot of people are pretty upset,” said Cody Kennedy. “It startled me a little bit.”

You may remember Kennedy from September. He is the teen who had a close call when he started choking on a piece of candy on his drive home. Our cameras were there when he reunited with the UPS driver who saved his life. Well, it turns out the car Kennedy was driving is now gone! 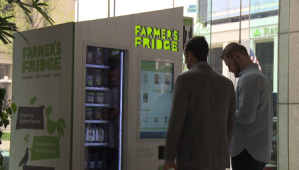 He discovered thieves took his 2001 silver Hyundai Sante Fe in the middle of the night last Thursday.

Surveillance video shows what appears to be two or more suspects rummaging through the family’s cars. They got away with some valuable items including laptops, book bags, jewelry and work items.

The suspects didn’t just hit Kennedy’s home. Other neighbors also caught the crimes on camera. They say it appears the suspects’ vehicle was a Mercury Mountaineer or a Lincoln Navigator. They say if you look closely it looks like the suspect has an earring and a shoulder tattoo.

Neighbors are so concerned they organized a community meeting.

“They went through the neighborhood and they went car, to car, to car. They were able to get into cars that were locked and alarmed, steal whatever they felt like stealing, as well as my car and leave without a trace,” said Kennedy.

Kennedy admits he did leave his car unlocked, but he’s learned his lesson. Now he wants to teach these criminals one too. The lesson of doing the right thing and returning the stolen vehicle.

“I won’t press charges, I just want my car back,” said Kennedy.

If you know anything about these crimes please contact police or Crime Stoppers at (317) 262-TIPS.

INDIANAPOLIS -- Police apprehended a person Friday night that fired at an IMPD officer.

The Indianapolis Metropolitan Police Department said the shooting happened in the 1500 block of Brookville Crossings. No officers were injured in the shooting. An arrest was made without incident.

INDIANAPOLIS -- The FBI is looking for help identifying a man who robbed a bank on Indy's East side Friday afternoon.

The Indianapolis office of the FBI said the robbery happened at the Financial Health Federal Credit Union located at 5620 E. 30th S around 12:20 Friday afternoon.

INDIANAPOLIS – Speed is one of the factors police said led the deaths of three teens over Memorial Day Weekend on Kessler Boulevard.

Police said father and daughter Okadema Link and Shantiana Willis were speeding before hitting the 3 teens as they walked along the street.

Community and faith leaders speak out against violent protests

Taking care of your mental health; setting boundaries amid coronavirus

Community and faith leaders speak out against violent protests

Taking care of your mental health; setting boundaries amid coronavirus