During a noon news conference, ISP Superintendent Doug Carter revealed a new sketch that appears to be a suspect much younger than a man seen in a previously circulated sketch.

Carter said the investigation has shifted in direction. They now believe they're looking for someone who lives in Delphi or used to live in the city. He also said investigators were looking for the owner of a vehicle found abandoned on the east side of County Road 300 North next to the Hoosier Heartland Highway between 12 p.m. and 5 p.m. The vehicle was parked at the old CPS/DCS/Welfare building, police said.

Carter, who didn't take questions after revealing the new information, also showed additional video and audio taken from Libby German's phone. Carter said the new sketch "more accurately depicts" the face of the suspect recorded on Libby's phone while she and Abby were on the High Bridge.

Below: newly released audio of the suspect saying, "Guys, down the hill."

"The result of the new information and intelligence over time leads us to believe the sketch is the person responsible for the murders of these two little girls," he said. "We also believe this person is from Delphi--currently or has previously lived here, visits Delphi on a regular basis or works here."

Carter said the suspect is between the ages of 18 and 40 and may look younger than his true age. He also had a message for the killer.

"We believe you are hiding in plain sight. For more than two years, you never thought we'd shift gears to a different investigative strategy, but we have. We likely have interviewed you or someone close to you. We know that this is about power for you, and you want to know what we know," Carter said. "One day, you will."

Carter said the girls' families learned about the latest developments Monday morning. He asked the media to give the family two weeks before commenting on the new information.

The teens were reported missing on Feb. 13, 2017. Their bodies were discovered the next day. On Feb. 15, 2017, Indiana State Police and the Carroll County Sheriff's Department released a photo of a man who was reportedly walking on the trail around the time the girls disappeared. A week later, investigators released an audio recording of a man's voice saying "down the hill." The photo and audio came from Libby German's phone, police said. 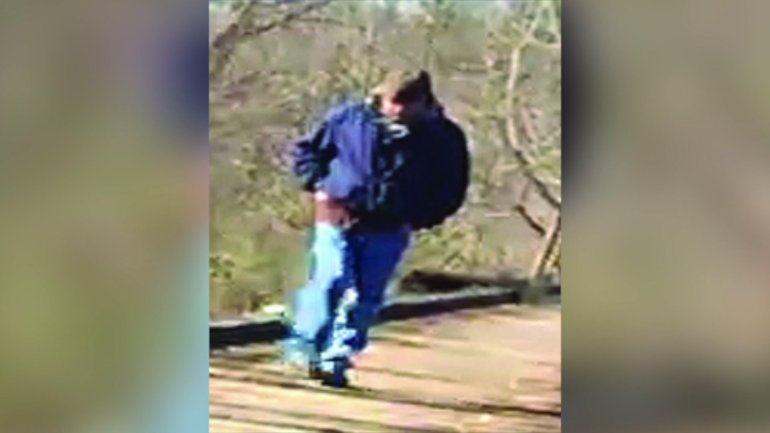 Since then, police have received tens of thousands of tips in the case and the community has rallied around the girls' families. The case has garnered national attention as police search for whoever killed the girls.

Anyone with tips can call the tip line at 844-459-5786 or send an email to abbyandlibbytip@cacoshrf.com.

PERU, Ind. – A Peru woman is facing charges after she allegedly beat her 10-month-old baby. Police say they did a welfare check on the child on February 21 after they received info about a video showing a woman beating a child. Officers found the baby and the mother, 21-year-old Hanna Winch. They determined the baby was not injured, and the infant was placed in the care of family members…

BLOOMINGTON, Ind. -- A man who plays football for Indiana University has been arrested after a domestic incident in Bloomington, according to the Bloomington Police Department.

Around 11:15 p.m. Saturday, police were called to a home in the 2300 block of South Brandon Court after a 22 year-old woman reported that a man she was familiar with had just left her residence after taking her cell phone from her and assaulting her.

INDIANAPOLIS, Ind. -- A man has been charged for the murder of a woman who was found dead inside a Fountain Square church facility in November.

On November 3 of 2019, Julie Morey was found dead on a couch inside St. Patrick Catholic Church's recreation center on Prospect Street.

First responders in a storm: Linemen provide customers with electricity and safety, 24/7/365 days a year

India pours on the pageantry with colorful welcome for President Trump

First responders in a storm: Linemen provide customers with electricity and safety, 24/7/365 days a year