Skip to content
Watch Live
Watch Live
CBS4 News at 5
This is an archived article and the information in the article may be outdated. Please look at the time stamp on the story to see when it was last updated.

The IMPD says one of their officers was being assaulted by a domestic violence suspect last Tuesday night, forcing the officer to shoot the suspect.

Police say surveillance video from the scene shows the suspect fighting with officer Robert Carmichael, but that video will remain private for now.

“Let me make it clear that it is not only my decision that the video isn’t released, it’s also my responsibility to see it is not released,” said Marion county prosecutor Terry Curry.

Prosecutor Curry says releasing the video that showed the moments leading up to the unarmed suspect Kevin Hicks being shot could compromise the investigation and wouldn’t provide the full picture.

“It is naïve to believe releasing limited information would somehow be conclusive,” said Curry.

Curry said a prosecutor must exercise “reasonable care” to make sure police agencies and others who might have access to that information follow the same guidelines.

During a scheduled press conference, several local religious leaders decided not to request the video be shown to the public and abruptly cut their comments short after the prosecutors announcement.

Faith leaders say they will make a more informed comment sometime in the next couple of weeks.

“What we’re asking for is what I’ve asked for before and that’s patience.  I understand the need for this, but we have to look at the potential criminal case being looked at now,” said IMPD police chief Troy Riggs.

Riggs said his department is committed to transparency and remains confident the video will be released for everyone to see, just not yet.

“The citizens of this community will see the video once the criminal case is finalized.  I’ve given my word and I will keep my word,” said Riggs.

Hicks, 44, was shot on Tuesday, April 5, after his wife called 911 to report that she was being assaulted. She parked her car next to an IMPD cruiser at a Marathon gas station near 10th Street and Rural Street.

An officer, identified Monday as Robert Carmichael, a six-year veteran, attempted to intervene. The officer and Hicks got into what police described as a physical altercation. Carmichael tried to deploy a Taser, but it was knocked out of his hand, police said.

According to witnesses, Hicks may have tried to gain control of the officer’s gun during the altercation; Carmichael eventually discharged the firearm, hitting Hicks, who died from his wounds.

Police said surveillance video from the gas station showed the fight but not the actual shooting. Both Hicks’ family and leaders in the faith community said they want the video released in the name of transparency.

According to court records, Hicks had been on work release after a prior domestic battery. A warrant for his arrest was issued after he failed to check in Tuesday night, although the officer was unaware of that before the altercation.

Carmichael suffered a hand injury and was being monitored for a concussion, police said.

Officer Carmichael did receive a written reprimand and a 20 day suspension without pay for violating department rules regarding sick time and the use of police vehicles in 2013. 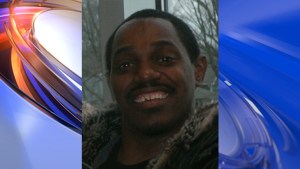 ISP said a traffic stop was made in Muncie on February 18 around 10 p.m.

WASHINGTON (NEXSTAR) — The Trump Administration’s latest lawsuit against California involves a new law banning private prisons from operating in the state. Despite the lawsuit, California lawmakers are defending the new state law banning all for-profit prison. “Let’s be clear about private prisons and private detention centers, the business model there is that there are certain human beings who are profiting off the incarceration of other human beings,” said Senator…

KOKOMO, Ind. - For the first time, we are hearing from two of the inmates facing charges after an investigation into a homicide and kidnapping in Kokomo. They tell us they are innocent. It's been two weeks since police said a woman -- LaShay R. Young-Beard -- was found shot to death behind a home in Kokomo and investigators discovered a man tied up in a bathtub with duct tape…

Why more workers striking even as the economy is roaring

TikTok rolls out parental controls for popular app for teens

Wikileaks’ Assange was pardon by US if he cleared Russia, lawyer says

Why more workers striking even as the economy is roaring