INDIANAPOLIS, Ind. (December 1, 2015) – An IMPD officer was arrested and has been charged with assisting a criminal and false reporting.

Officer Jason Thomas, 42, was arrested on November 12 in connection with a case that involves his girlfriend, Amanda Nickless.

According to court documents, Nickless was arrested for battery resulting in bodily injury, criminal mischief, and theft on April 16, and Thomas was the victim in the case.

The court issued a no contact order for Thomas against Nickless, but on April 17, Nickless posted bond and Thomas picked her up in his IMPD car.

Nickless failed to appear for her initial hearing, and on April 27 a warrant was issued for her arrest.

On May 17, Thomas posted a photo with Nickless on his Facebook page with this caption: “Hi friends. This is Amanda. I made her a promise to quit hiding us. She is my soul mate. I have made a commitment to her forever. I’ve made my mistakes and I’m ready to move forward in life with us. Thanks for the support and genuine kindness that has been shown to us.” 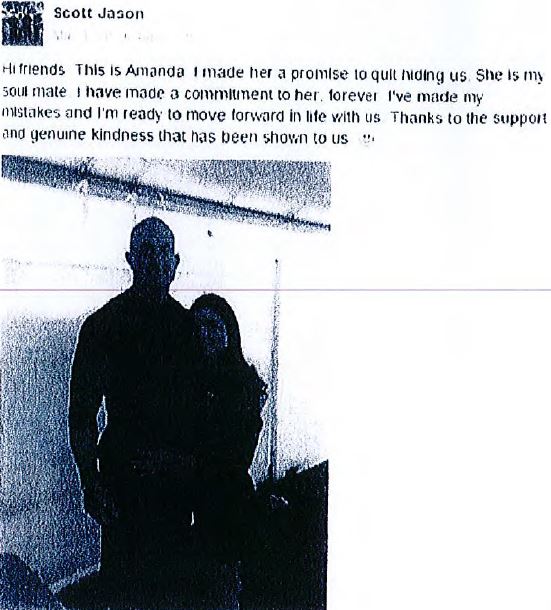 And then non June 6, Thomas posted a photo with Nickless on his Facebook page with the caption, “This is my future wife, Amanda. We share the same birthdate 9/29, our tattoo in Roman Numerals. We put ink under our skin for each other (x2). Thank you for your support!” 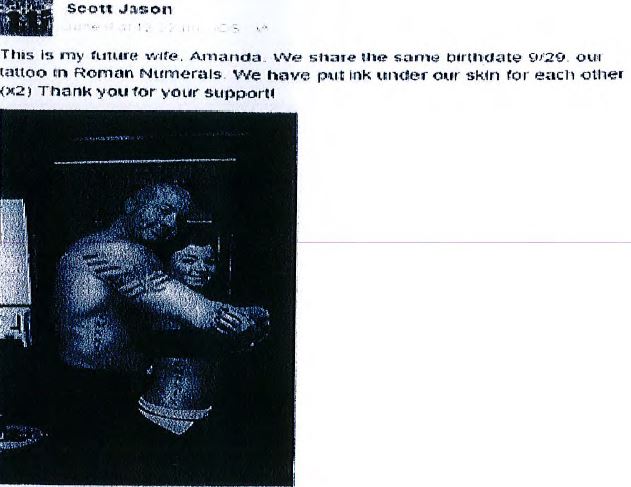 On June 17, officers were tipped off about Nickless’ location by an anonymous caller. When they located her, she identified herself as Amanda Hershey. But officers were able to confirm her identity as Amanda Nickless, and she was arrested for three open warrants and false informing. While en route to the Johnson County Jail, Nickless attempted to escape and she was also arrested for resisting law enforcement.

During Nickless’ hearing on July 16, Thomas denied seeing her.

On July 17, detectives obtained a search warrant for Thomas’ residence and they seized telephones and other electronic equipment.

Thomas is set to appear in court on December 15.

INDIANAPOLIS -- More women are being killed in Indianapolis in 2021, from January 1 to March 1, than during that time period in both 2020 and 2019. Monday morning, IMPD officers found two young mothers shot to death at the Postbrook East Apartments on the city's northeast side.

The family of one of those women, 21-year-old A'Shanti Robinson, gathered for prayer and a balloon release Tuesday evening.

On Tuesday, Hogsett and Mears provided their responses in exclusive interviews with CBS4.

WASHINGTON (NEXSTAR) — FBI Director Christopher Wray testified before U.S. Senators Tuesday for the first time since the Jan. 6 riot at the U.S. Capitol, saying the agency is working tireless to arrest those involved but also warning that the problem is much bigger than that day.

He said the FBI has already made cases against nearly 300 people.

Illegal sales of marijuana not slowing down even as more states legalize it for medicinal, recreational use

While You Were Sleeping: Coronavirus updates for March 3

Looking ahead to spring’s severe weather season in central Indiana

‘Space hurricane’ spotted above Earth for first time ever

How to protect yourself against March Madness ticket scams

Report ranks best and worst states for children during pandemic

Illegal sales of marijuana not slowing down even as more states legalize it for medicinal, recreational use

While You Were Sleeping: Coronavirus updates for March 3