The Indy Ten-Point Coalition has teamed up with the Indianapolis Metropolitan Police Department in an effort to keep Indy safe.

“We just want to be more present and have people out here just to prevent anything from happening,” said IMPD Downtown District Sgt. Steve Duell.

But they can’t do it alone. That’s why they called the Ten Point Coalition.

"People are kind of fed up with the violence downtown. This is the second mass shooting this year, so we’re seeing a trend that is certainly concerning to all of us in the city,” said Rev. Charles Harrison with the Indy Ten Point Coalition.

Many in the city of Indianapolis are speaking out after the tragic events that echoed through the streets of downtown last Saturday. Six people were shot in a matter of seconds. Many of the victims were innocent bystanders.

Police say they usually have a problem with kids, but this was a random and isolated incident.

Some of the members of Indy Ten Point are everyday people hoping to create change. One of their goals is to let people know that recent violence does not reflect the city of Indianapolis.

That is why they are on the streets in an effort to stop the violence. Police say help is always needed.

“All the extra help is a great plus. Our district on the weekends, we normally bring extra people already,” said Sgt. Duell.

Officers make their presence known downtown on bikes, motorcycles, in squad cars and on foot.

"If there is any concern, then certainly we will involve IMPD if we feel like we can’t handle it,” said Rev. Harrison.

The Indy Ten Point Coalition sat on all four corners of Illinois and Maryland Streets like an eye in the sky while assuring people of their safety.

"This is not the image that we want for our city,” Harrison said.

Police say there is an ongoing search for the unidentified suspect in last weekend's shooting. 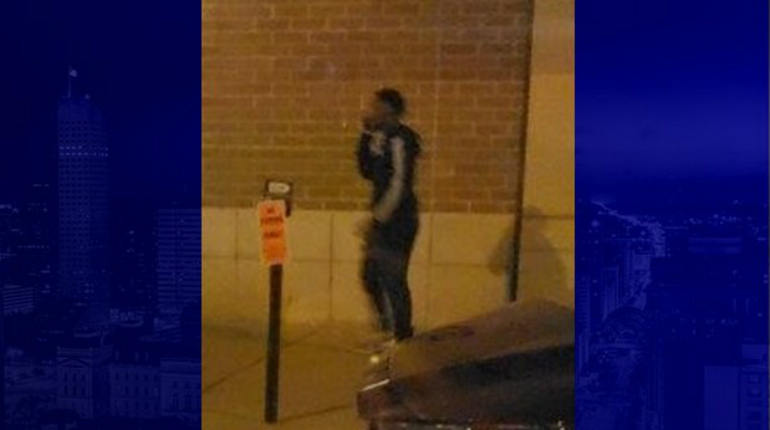 "I'm hoping that somebody knows who this person is and will just call us and report it,” said Sgt. Duell.

KOKOMO, Ind. -- A Kokomo resident faces charges in the death of a 4-year-old boy.

The Kokomo Police Department said the arrest comes after the death of a 4-year-old Saturday morning.

According to ISP, officers responded to a report of reckless driving north on I-65 near the 157 mile marker in Clinton County around 1:10 a.m.

1 dead after accidental shooting on Indy’s northwest side

INDIANAPOLIS, Ind. — A man is dead after a shooting on the northwest side of Indianapolis, according to the Indianapolis Metropolitan Police Department (IMPD).

Police were called to an apartment in the 5100 block of Winterberry Circle just after 8 p.m. Thursday in response to the shooting. When they arrived, they found a man shot.