TIPTON, Ind.– A dream came true for a 4-year-old boy after the Tipton Police Department welcomed him as an honorary officer for the day.

On Tuesday, Leo Massey “Officer Leo” was sworn in by Assistant Police Chief Jeff Stout in the Tipton City Court. 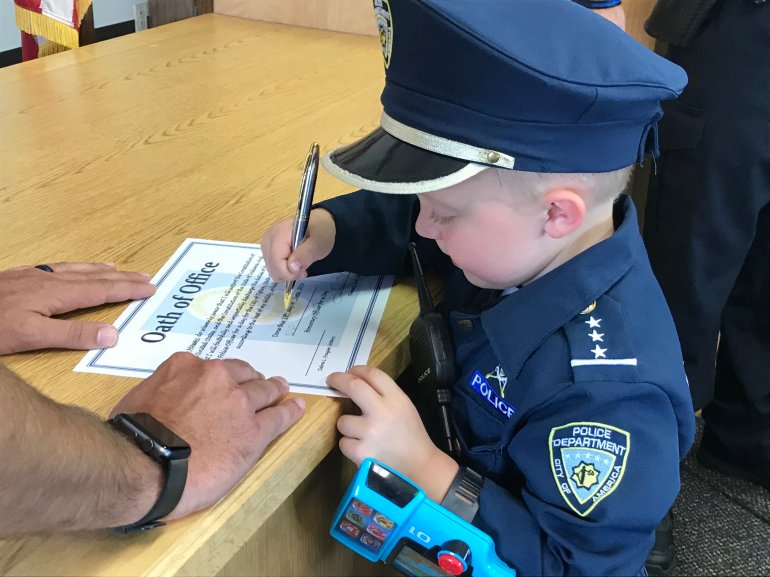 WATCH: Leo Massey has wanted to become a police officer since the age of 2. Today, his dream came true. pic.twitter.com/FHbpivIjXj

The young boy had the chance to meet several law enforcement teammates including K9 Taz, K9 Tanja and K9 Nelson. Massey even went on patrol with Officer Brad Robins where he caught his first “bad guy” and helped transport him to the Tipton County Jail. 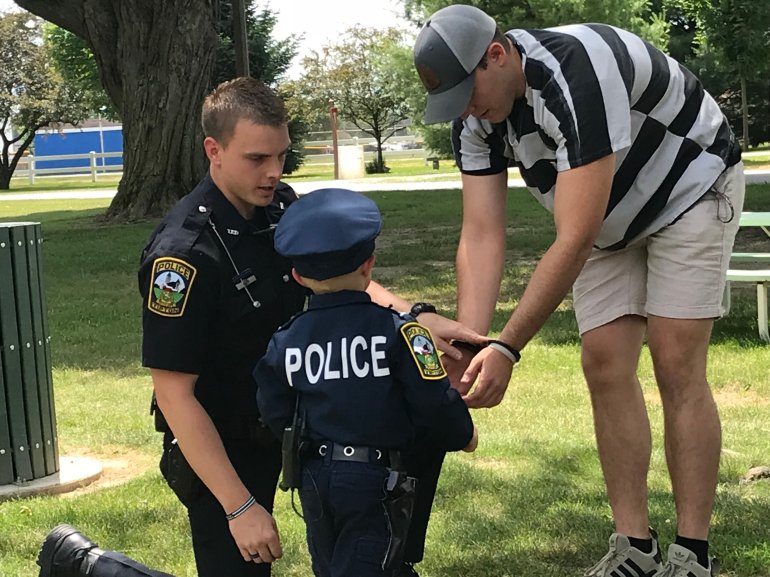 “He is a fantastic kid,” said Officer Robins. “The way his mind works, he’s always trying to figure out how to catch the next bad guy, where the jail is and visits other stations. He’s just a really neat kid.”

This wasn’t the first time Massey spent time with officers. Back in January, he invited Tipton Police to his birthday party.

The 4-year-old’s mother, Meg Massey, said Leo started showing an interest in police officers when he was just two years old. She said he never breaks character and even points out when she’s driving “too fast”. 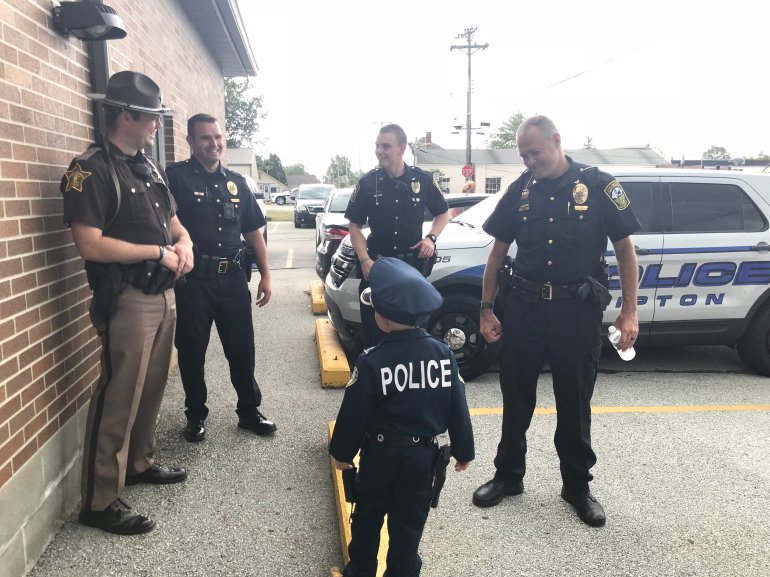 Officer Robins said this was the first time the department hired an honorary police officer for the day. 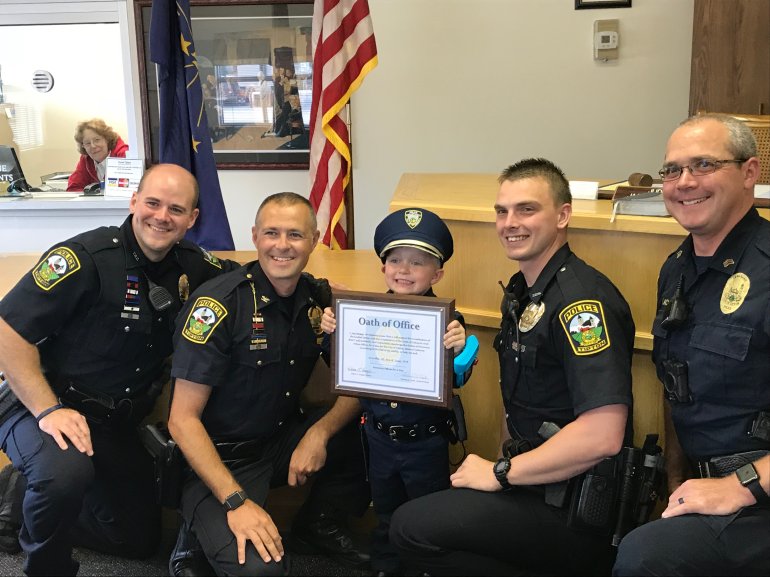 “He’s probably my favorite little youngster that is involved with police and we’re honored to have him here,” said Robins.

Massey said his favorite part of the day was, “catching the bad guy, because I caught him so quickly.”

INDIANAPOLIS -- A woman was shot and killed while traveling through a busy intersection near Newfields and Crown Hill Cemetery.

According to the Indianapolis Metropolitan Police Department, the woman was a passenger in a vehicle that had been driving through the intersection of 38th Street and Michigan Road/Doctor MLK Jr. Street just after 2:30 p.m. when she was struck by a bullet.

INDIANAPOLIS -- A man is in critical condition after being shot on the near east side of Indianapolis, according to the Indianapolis Metropolitan Police Department.

The shooting took place shortly before 1:30 p.m. Thursday in the area of East 19th Street and North Rural Street.

(The Hill) – Neil Young is getting his own channel on SiriusXM, a day after Spotify said it was removing the “Heart of Gold” songwriter’s music after he protested vaccine misinformation on the streaming service.

The channel, dubbed "Neil Young Radio," will run for a week starting on Thursday, SiriusXM announced. Neil Young Radio — which will feature “music and exclusive stories” from the musician — will also be available for a month on the SXM app.

Bud Light has a new zero-carb beer: Here's how it tastes

Long COVID: 4 factors that can predict it

Will COVID ever be 'over'? Most Americans think no

Parents are choosing these Indiana schools for their children

Two IRS letters to watch for this tax season