INDIANAPOLIS — Terry Moore sat inside the Indiana Statehouse one day in October and just listened, absorbing hours of testimony about whether Indiana should legalize medical marijuana.

“Cannabis refugees,” he said in an interview with CBS4. “I’m in exile. I want to come home. I remember during Vietnam all the things about welcoming home veterans. I’m not welcome home now and I gave my whole life to this state.”

Moore served in South Korea during the Vietnam War and during the fall of Saigon. He’s been diagnosed with PTSD, which he believes started after severe beatings he received as a child.  Moore said he is now also a resident in Illinois to take part in its legal medical cannabis program, yet is still reluctant to share details.

Thirty-one states have enacted medical marijuana programs, including Indiana’ neighbors. And voters in two more states – Utah and Missouri – approved the measure this past Tuesday. 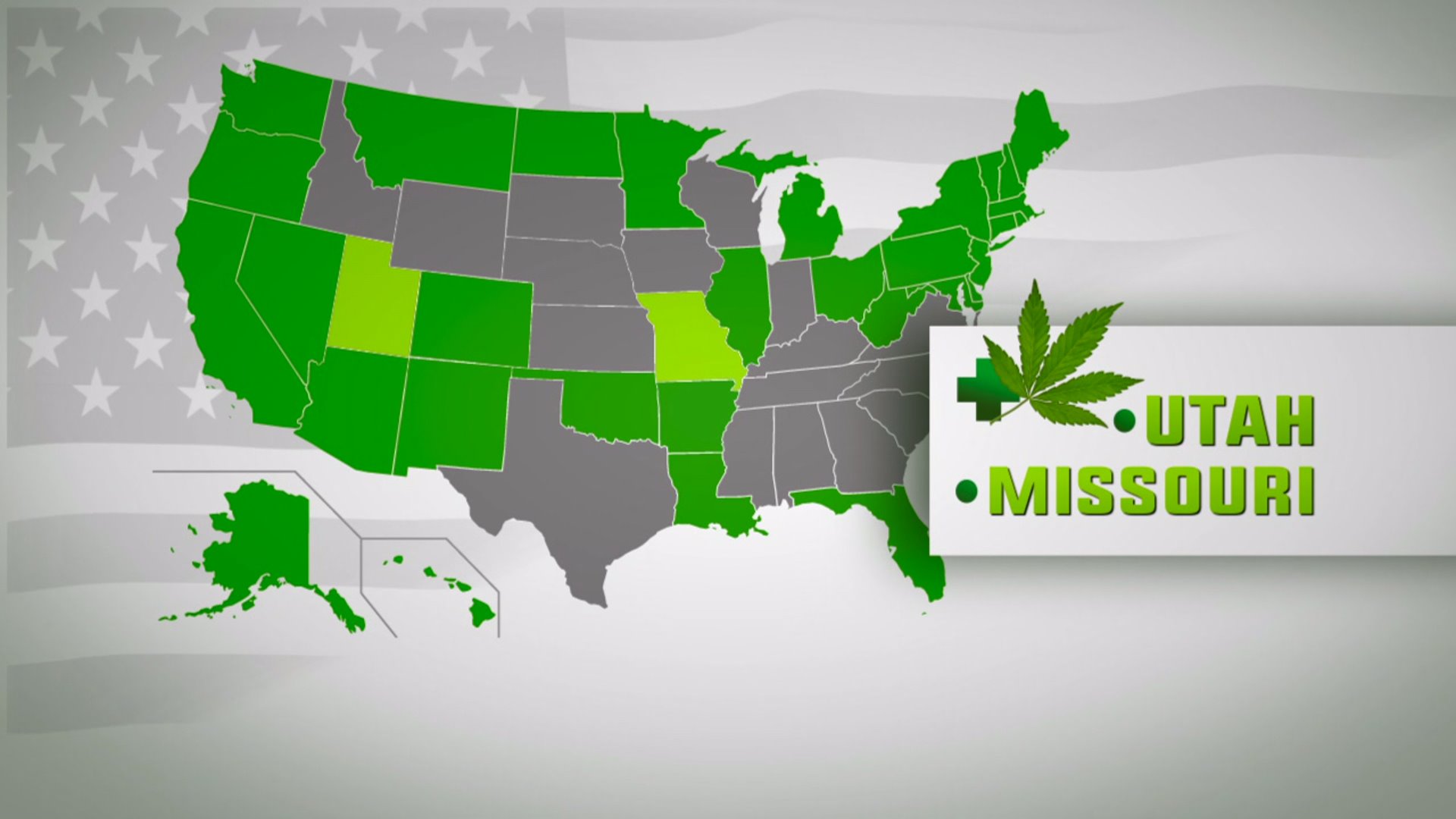 In Illinois, state officials said more than 3,400 veterans have been approved for a medical cannabis registry card, including Shay Westhoff.

“I lost a lot of friends because they couldn’t stand to see the way I was,” he said.

Westhoff was awarded the Combat Infantry Badge and Bronze Star for his service in Afghanistan. He said a shattered neck forced him to medically retire after more than 15 years of service. Westhoff said he was first prescribed a cocktail of prescription drugs before he was approved for the medical cannabis program.

Now he’s an advocate for Operation 1620, a non-profit the group in Illinois that is aimed at teaching veterans about the health benefits of medical cannabis, along with offering a place of support for fellow veterans.

“As far as cannabis,” he said. “My kids are wow my dad’s back because I’m not taking the pills anymore. My marriage is starting to get back to where it was. I’ve been married 15 years, and it’s been a rocky nine years since I’ve been home from Afghanistan.”

Lucas plans to introduce legislation during the upcoming session. And he is well aware of the opposition and skepticism among some experts about whether medical cannabis can really help veterans and those suffering from PTSD.

“There was a study done a few years ago that showed PTSD patients who used marijuana have more problems with violence and they’re more likely to abuse alcohol and other drugs,” Ed Gogek said, an addiction psychiatrist and author of the book Marijuana Debunked.

“There’s so many people that will come in and tell you a story that this helped me because they honestly believe it helped them when there’s really no science to back them up,” David Powell said, the group’s executive director.

Still, a group of Indiana veterans is convinced of the benefits and have been working to strategically lobby lawmakers.

Jeff Staker created the group Hoosier Veterans for Medical Cannabis two years ago. He said he knows the fight is far from over, but the cause he believes is much greater than himself, especially after his conversations with fellow veterans.

“I’ve actually met vets who if it wasn’t for me going out and using a little bit of cannabis, [they said] I would have put a bullet through my head.”

INDIANAPOLIS -- Police confirm a deadly shooting has taken one life on Indy's northwest side.

According to the Indianapolis Metropolitan Police Department, the shooting occurred near W. 38th Street and N. White River Parkway just after 2:30 p.m. This area is near Newfields and golf courses like Riverside Golf Academy.

INDIANAPOLIS -- A man is in critical condition after being shot on the near east side of Indianapolis, according to the Indianapolis Metropolitan Police Department.

The shooting took place shortly before 1:30 p.m. Thursday in the area of East 19th Street and North Rural Street.

(The Hill) – Neil Young is getting his own channel on SiriusXM, a day after Spotify said it was removing the “Heart of Gold” songwriter’s music after he protested vaccine misinformation on the streaming service.

The channel, dubbed "Neil Young Radio," will run for a week starting on Thursday, SiriusXM announced. Neil Young Radio — which will feature “music and exclusive stories” from the musician — will also be available for a month on the SXM app.

Bud Light has a new zero-carb beer: Here's how it tastes

Long COVID: 4 factors that can predict it

Will COVID ever be 'over'? Most Americans think no

Two IRS letters to watch for this tax season

ISP: Carjacked vehicle flies off I-70 during police pursuit; 2 taken into custody