CARMEL, Ind. — Founded 115 years ago, IndyHumane (formerly known as the Humane Society of Indianapolis) is a leading voice in the city for the welfare of animals.

If you visit on any given day, however, you’ll see their kennels and cages are constantly full of animals in need of a forever home.

Fortunately, back in 2006, a friend asked Platinum Paws owners, Kathie and BC Henschen, if they would be interested in grooming a shelter dog to help increase their chances of getting adopted. 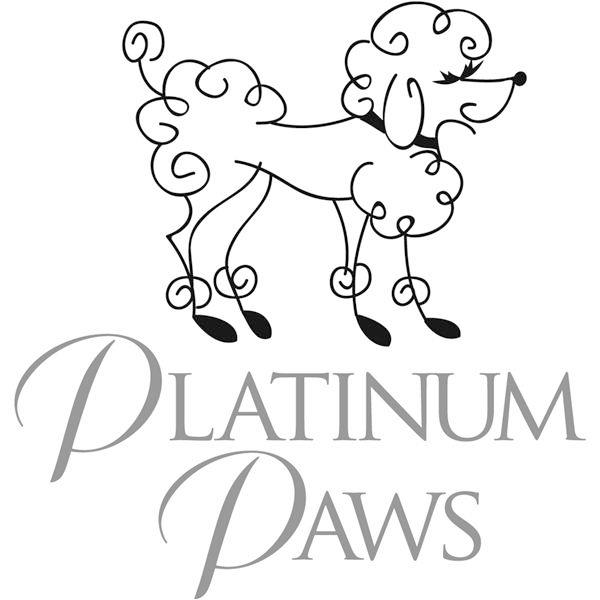 They leapt at the chance and have volunteered their time and talent to giving free makeovers to shelter dogs on an almost weekly basis ever since.

“This is something we do from our hearts and all of my employees are involved,” said Kathie. “We all take turns grooming the shelter dog…. We share the responsibility and every single one of us feels much better about ourselves when we do something like that.”

On this trip “In Your Neighborhood”, we are headed to west Carmel to witness a very special transformation— one that means just as much to the human as it does for the pup.

“This is little Tinkerbell. She is currently a resident at the Humane Society of Indianapolis and was found as a stray,” explained owner Kathie Henschen. “So, what I’m going to be doing today is taking care of her outsides. Her insides are already beautiful…She has a beautiful soul. I’ve had time to spend with her a little bit and get to know her”

When it comes to grooming dogs like Tinkerbell, Henschen and her staff know how important it is to take process slowly.

First, they’ll get acquainted by taking a walk around outside and then some quiet time together before the main grooming process begins.

“I’ll just hold them for a while and pet them and then I’ll put them on my table and see how they are going to stand and get them used to the equipment,” she said.

For many shelter dogs, their experience at Platinum Paws may be their first-ever grooming process, so they’ll start by turning on some of the equipment to get them used to the sounds and smells of their surroundings.

“Depending on how they react to all that will depend on how fast we move with them and how much we can do with them because sometimes you can’t do everything with them,” she said. “Sometimes, you can just only do so much.”

After a bit of prep work, they’re off to the bathing room-- where once again—it’s all about making the pup as comfortable as possible.

“[We] start with the water way low, let them get to know what we’re doing… After the bath, we’ll start with the blow drying” Henschen explained. “We’ll take it on a lower level because a lot of dogs who come here on a regular basis, it’s high speed drying and they’re in and out. But a little dog like this, we need to take the time and make it slow and easy.”

As important as these makeovers are for making a dog more adoptable, it’s equally important when it comes to medical needs like finding any suspicious lumps, bumps or skin issues.

“We had a dog recently that came in and she’s a Shih Tzu that was an owner surrender and she had an eye issue and the owners didn’t even know….because her hair was covering so much and she was so unkempt and matted,” said Anna Knabe, Veterinary Technician and Medial Team Lead at Indy Humane. “So the fact that Platinum Paws provides this service to us and our animals is just huge.”

Beyond the aesthetics and medical aspect of the grooming session, it’s also a moment where the dog gets to experience human compassion—sometimes for the first time in their life. It’s considered a positive, healing experience… and not just for the animal.

“You know, they are rescue dogs, but they save my heart every time I get to groom them and I really think it’s my purpose in life and it’s my why,” said Henschen.

“I just feel like there is so much in this world that people focus on that’s negative and when I can focus on something like this, it’s positive and it’s healing and it’s an experience that gives me a bond with a dog that I wouldn’t experience anywhere else… kind of a connection that’s really indescribable actually and I’m very grateful to have it,” she added.

Henschen admits she gets emotional each time she shares a dog's story and before and after photos on the Platinum Paws Facebook page. But it's some of their worst cases that have impacted her the most.

“There was a dog a couple of years ago that was just a solid mat. So when that happens, you have to shave them down and a lot of times you’ll see skin issues and bruising because the mats are so heavy, the ears get to be really matted together and they might even start to bleed… It’s just terrible,” she said. “And it’s not a pleasant process for them to go through to get groomed because it can be painful unfortunately, there’s no way around that.”

“But this dog was so patient with me and had so much love in his heart and I could just see his soul through his eyes… it was hard for me to send him back,” said Henschen with tears in her eyes.

Although the grooming process can be tough, the result after the final haircut is always worth it when they see a dog’s whole demeanor change.

“I had a little black and white Shih Tzu who came in, who just looked so old and ragged and had had a rough life I could tell,” she recalled. “By the end of the day, he looked like a puppy and he knew it and he felt like it… We let him run around the shop and he had this little skip in his step and he thought he was hot stuff and he was!”

Maybe that extra skip in their step is because they know they look good or maybe it’s because they, too, realize they’re one step closer to a forever home.

“They are going back to a shelter that takes care of them and they are rescued, they are saved, and we know that the end of the story is going to end well for them and we have faith in that,” said Henschen.

Four Things You Need to Know About Platinum Paws:

For more information about Platinum Paws, check out their website by clicking here. To see more photos and reviews by local Yelpers, check out their Yelp profile. You can also connect with them on social media via Facebook and Twitter.

You can also go to the Indy Humane website for more information about adopting one of the dogs or cats on their constantly-updated online database. Aside from adoption, you can also learn about other ways to show your support through donations, medical sponsorships, volunteering and more!

While in west Carmel, check out these other popular local businesses located less than one mile from Platinum Paws:

INDIANAPOLIS, Ind. -- Back in 2011, after leaving her corporate job as an account executive to delve into the world of holistic health, Beth Smith founded Simplicity Cold Pressed Juice.

These days you may see simplicity juice on the shelves of your local grocery store but the heart of the operation is found just off E 54th street in So-Bro.

INDIANAPOLIS, Ind.-- In 2020, the average cost of a wedding dress in the United States is over $1,600 according to a survey by Brides magazine.

But for brides looking for a more high-end dress, that price could shoot all the way up to $4,000 and beyond, which is not an option for many brides... especially during a pandemic when budgets are stretched thin.

INDIANAPOLIS -- Almost 4 years ago, Alison Keefer and Ben Hardy opened Gallery Pastry Shop in SoBro and quickly gained acclaim for their decadent European-inspired pastries that look as beautiful as they taste.

With that success already under their belts, they decided to do something that was always on their radar: open a downtown location— which they did in early July.

Chaos of east side shootout captured in surveillance video