INDIANAPOLIS, Ind. — Established in 1850, the Slippery Noodle Inn is Indiana’s oldest continually operated bar in its original building. With that distinction comes a lot of history: as a former hot spot for mobsters, a watering hole during Prohibition, a haven for runaway slaves and even as a bordello.

For the past 55 years, “The Noodle” has been owned by the Yeagy family, who turned it into one of the nation’s top blues bars (according to Rolling Stone), featuring live music seven nights a week.

However, their most interesting patrons might actually be their dead ones.

“There are some people who come here specifically because they want to see if they can feel a presence or see something with their own eyes,” said Sara Etherington, events coordinator for the Slippery Noodle.

Etherington says she’s heard of 13 different entities who call the Slippery Noodle home, many of whom the staff have named–like the Boss Man, the Shadow Man and Sarah upstairs, who may or may not have made an appearance during a wedding that took place there.

“Their limo driver just sat back here with them and after the ceremony they were having lunch up front and he said ‘Who was that woman in the balcony? Did you guys hire a photographer or something?’” recalled Etherington. “And he described Sarah… described her to a tee.”

But one of the Noodle’s most well-known entities is known simply as “George in the basement.”

“One of the keg delivery guys came in and he’s going into the basement, flipped on the lights and he described George,” Etherington said. “He said George was right in his face and he left the building and said he would never deliver here again.”

The basement is undeniably eerie, yet full of history.

Four Things You Need to Know About the Slippery Noodle Inn:

“They used to make whiskey down there [during The Prohibition]. They’ve found human bones down there. There’s definitely something that’s buried down there,” she said.

No, that’s not a bunch of “hocus pocus” meant to send a chill up your spine. Apparently, many years ago, there was a flood in the basement. Then, when the waters receded, something interesting happened.

“There was an area that was significantly sunken so the owner, Hal [Yeagy], had a contractor come in and he said, ‘That just means there’s something buried here, so we can dig it up or you can pave it,’” said Etherington. “But Hal is very much a believer… so he had a priest come bless the area and paved it all.”

During the Civil War, the building served as a way station on the Underground Railroad.

“Slaves would hide out in this building and then catch a train north,” she explained.

While touring the basement, Etherington pointed out a tiny room that may have served as a hiding spot for slaves during that time. Tiny and ominous, she said it’s a room that—in all her days of working here—she has refused to enter.

Upstairs, they’ve recreated a room from the days when the Slippery Noodle was a brothel. It served as such until 1853 when (according to the Slippery Noodle Inn’s website), “Two customers of the bordello got into an argument over one of the women, one killing the other and leaving the bloody knife on the bar.”

On the main floor, in the same large back room where you can watch some of your favorite bands, you’ll see shotgun blasts on the wall—left behind by the notorious Dillinger and Brady gangs. 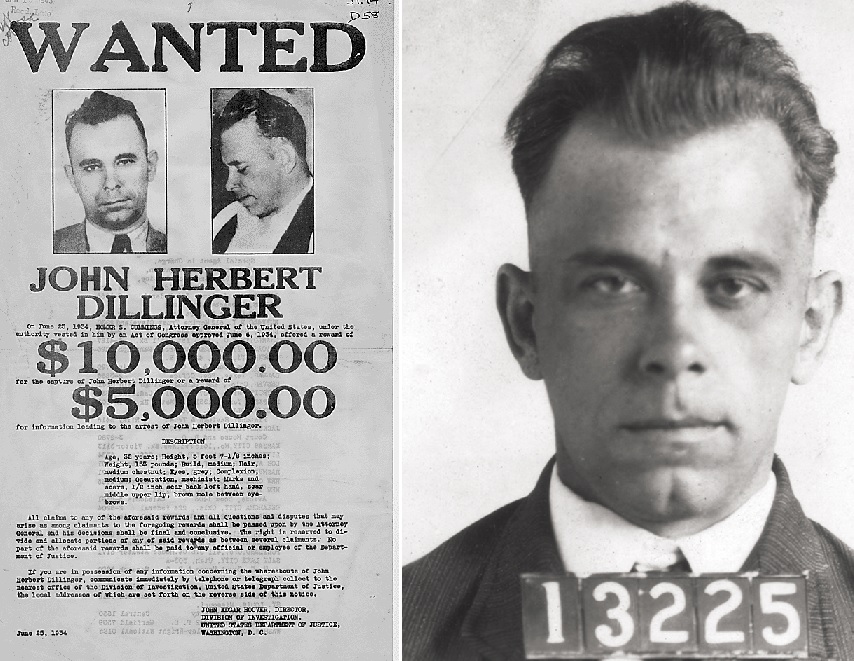 “They say they used it for target practice… So whether there was someone standing there ever, we don’t know,” said Etherington. “But there’s still a couple bullets embedded in the wall.”

Etherington admits some of the stories and alleged sightings at the Slippery Noodle still give her goosebumps. So how does she keep coming back night after night alone—or maybe—not so alone?

For more information on the Slippery Noodle Inn, check out their website by clicking here. To see more photos and reviews by local Yelpers, check out their Yelp profile. You can also connect with them on social media via Facebook or Instagram.

If you’re looking for more spooky fun, check out these other central Indiana attractions that are also rumored to be haunted: