Skip to content
Live Now
Live Now
Press conference held by attorneys for 2 involved Lake Monroe incident
This is an archived article and the information in the article may be outdated. Please look at the time stamp on the story to see when it was last updated.

INDIANAPOLIS, Ind. — It may officially be 2020, but for the next couple of minutes, we are turning back the decades and partying—and gaming— like it’s 1999 or even 1989!

16-Bit Bar+Arcade got its start in Ohio with locations in Cincinnati, Columbus, Dublin and Cleveland. They opened their Indy location last June on the ground floor of The Whit, at the northeast side of New York and Pennsylvania Street downtown. 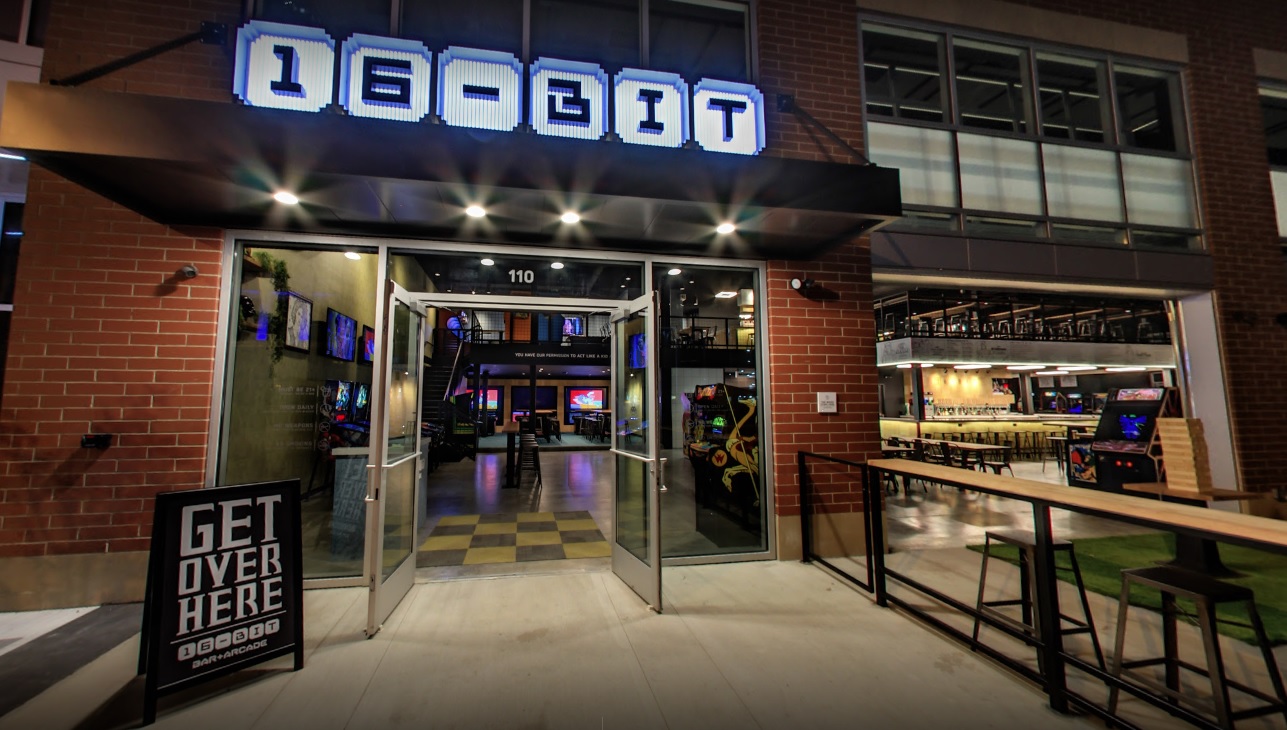 It became an instant hit thanks to their pop-culture loving, retro approach to a fun-night out that is sure to take you back to the good old days of playing your favorite arcade games.

Only this time, it’s just for grown-ups.

“We have 40-plus arcade games… all free,” said manager Jordan Sanders. “All the classics like Pac-Man, Ms. Pac-Man, Galaga, Rampage. We have Nintendo, Super Nintendo set up on emulators, [so] you guys can play those games.”

Sanders calls 16-Bit Bar+Arcade 6,000 square feet of nothing but fun— and it’s not hard to see why.

Whether you grew up playing Atari or you’re a big fan of Duck Hunt or Contra, this place will have you feeling like a kid again.

“They love it,” he noted. “It’s nice to see people walk down memory lane, live that nostalgic feeling.”

Their other games include Jenga, Connect 4, pin ball and skee ball. They even have a huge Lite Brite wall to play around with!

Or just sink in to one of their cozy couches for some intense on-track battles playing Mario Kart.

“Kind of ducked off over there, it’s kind of the ‘my mom’s basement’ kind of feel with the couch, playing all the old school games

The arcade games are free to play, with one small caveat.

“We just encourage you to purchase a beverage– whether it be alcoholic or non-alcoholic,” said Sanders.

Their drink menu is just as exciting as their games. They have 36 craft beers, mocktails and cocktails with major pop-culture flair.

“We put popsicles and candy in our cocktails so you’re like a kid at heart in here: eating candy, playing video games… So I think people really love it,” he said.

Their top-selling cocktail is called the Hulk Hogan, which is topped with a tell-tale red, white and blue Bomb Pop.

Other drink options include their alcohol-infused Slush Puppies and other colorful cocktails like the Lisa Frank, Winnie Cooper, plus some special seasonal cocktails throughout the year– like the “Sandy Claws” which was a big hit during the holiday season.

Looking for some classic cocktails? They have those too— just known by different names.

“Some of our old school cocktails like our Burt Reynolds– which is an Old Fashioned– or Bill Nye, which is essentially a Manhattan,” Sanders explained.

The nostalgia doesn’t stop when it comes to the flat screen TVs inside, where you can watch some of your favorite throwback music videos on MTV Classic.

“I think a Duran Duran music video is playing right now… We have ‘Friends’ on as well,” he said.

And speaking of friends, you can even bring your furry ones here because 16-Bit is dog-friendly!

Four Things You Need to Know About 16-Bit Bar + Arcade:

For more information about 16-Bit Bar+Arcade, check out their website by clicking here. To see more photos and reviews by local Yelpers, check out their Yelp profile. You can also connect with them on social media via Facebook, Twitter and Instagram.

While downtown, check out these other popular local businesses within walking distance of 16-Bit Bar+Arcade:

INDIANAPOLIS — About three years ago, Justin Jones’ love of hospitality and coffee led him to open Georgia Street Grind in downtown Indianapolis.

Then, after finding success with what he calls his “proof of concept” at that location, he decided to turn his attention to bringing a new kind of coffee shop to the city: a neighborhood gathering place, inspired by classic Italian espresso bars.

INDIANAPOLIS, Ind. -- Two years ago, a local woman named Victoria Beaty was working for a global fast food giant. She was running marketing campaigns, traveling the world, and learning about how the food system worked, especially when it came to the drive through.

But she wanted to learn how food was actually grown.

A place for people without a place: Books & Brews Noblesville reopens just in time to celebrate first anniversary

NOBLESVILLE, Ind. — As businesses have begun their reopening process, Hoosiers have shown up in a big way to support their favorite locally owned hot-spots.

At Books & Brews, located in Noblesville’s Hamilton Town Center (13230 Harrell Pkwy Suite #100), a husband and wife duo are celebrating their first year of business weeks shy of being allowed to reopen their doors during a pandemic.

Person shot, killed on I-465 in Indy; police put out suspect, vehicle description

Show us your masks, central Indiana!

Person shot, killed on I-465 in Indy; police put out suspect, vehicle description