Partnership with media startup will enable readers to access paywalled McClatchy content SAN FRANCISCO, Aug. 14, 2022 /PRNewswire/ -- McClatchy announced today that it has entered into an agreement with Zette, an online subscription platform that enables consumers to access premium content from participating news publishers. Through this agreement, Zette subscribers will have access to paywalled McClatchy content on an article-by-article basis. Zette, a media startup founded in …

xTool, a famous laser engraving brand, "builds a school" for kids during the back-to-school season

A reserved Meta Journey, Love and Creativity in the physical world SHENZHEN, China, Aug. 14, 2022 /PRNewswire/ -- xTool, an up-and-running laser engraving machine brand, partner with Pencils of Promise for back-to-school season. Pencils of Promise (PoP) builds safe and healthy public primary school environments, with well-trained and supported teachers, where students can thrive. In this campaign, $1 will be donated by xTool when every xTool user shares their back-to-school content on …

LED BY COSTUME DESIGNER MARNI SENOFONTE, THE WARDROBE PUTS A SPOTLIGHT ON EMERGING AND ICONIC DESIGNERS NEW YORK, Aug. 13, 2022 /PRNewswire/ -- When Beyoncé's seventh studio album, RENAISSANCE, was released on Friday, July 29, it arrived to a global reception of epic proportions. The originator of the visual album format, and the preeminent visual artist, was intentional in not leading with visuals, giving fans the opportunity to be listeners and not viewers, and allowing them to truly hear the music before they see it. However, a tease of the visuals appears in the album packaging of RENAISSANCE, and the fashion is not to be missed. 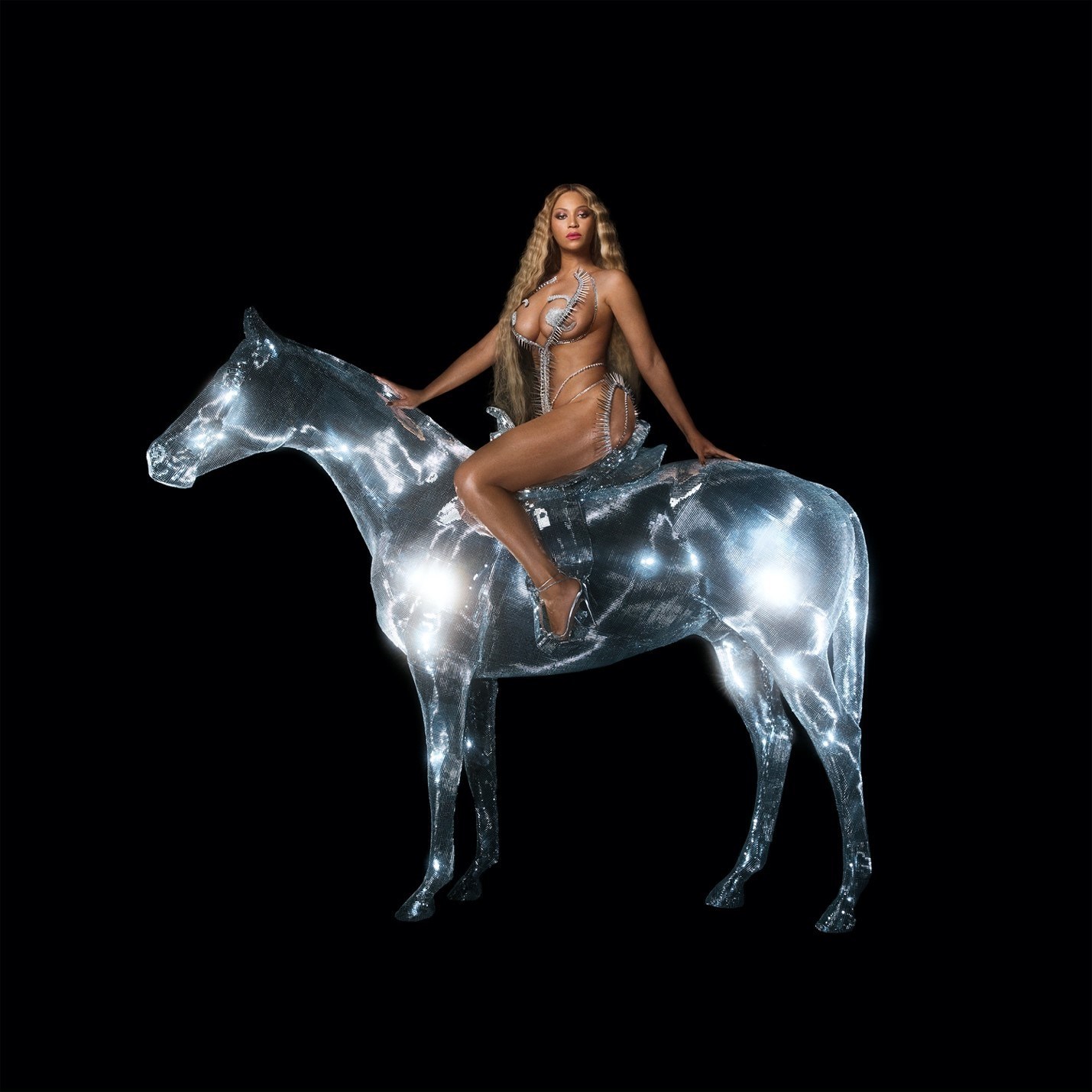 NEW YORK, Aug. 13, 2022 /PRNewswire/ -- Cantor Fitzgerald, L.P., ("Cantor") a leading global financial services firm, sadly confirmed today that Anshu Jain, its President, died overnight after battling a serious illness. Mr. Jain joined the firm January 2017. Mr. Howard Lutnick, Chief Executive Officer, commented, "It is with profound sadness that today we confirm Anshu's passing. Anshu was the consummate professional who brought a wealth of experience and wisdom to his role as President. He will be remembered as an extraordinary leader, partner, and dear friend who will be greatly missed by all of us and by all who knew him. On behalf of all our partners and employees, we extend our deepest sympathies to Anshu's family and wish them peace and healing during this difficult time."

A Group of Community Members From AXIE INFINITY, the Largest NFT Game in the World, Announce The Acquisition of a Majority Holding of Fire-Tier NFTs for the Reigning BIG3 Champions TRILOGY Coached by Stephen Jackson LOS ANGELES, Aug. 13, 2022 /PRNewswire/ -- Today, the BIG3 announced that members of the Axie Infinity community – the token-based online video game– have purchased the majority of the Fire-Tier editions of Trilogy, receiving ownership-like value and utility in the 2021 BIG3 … 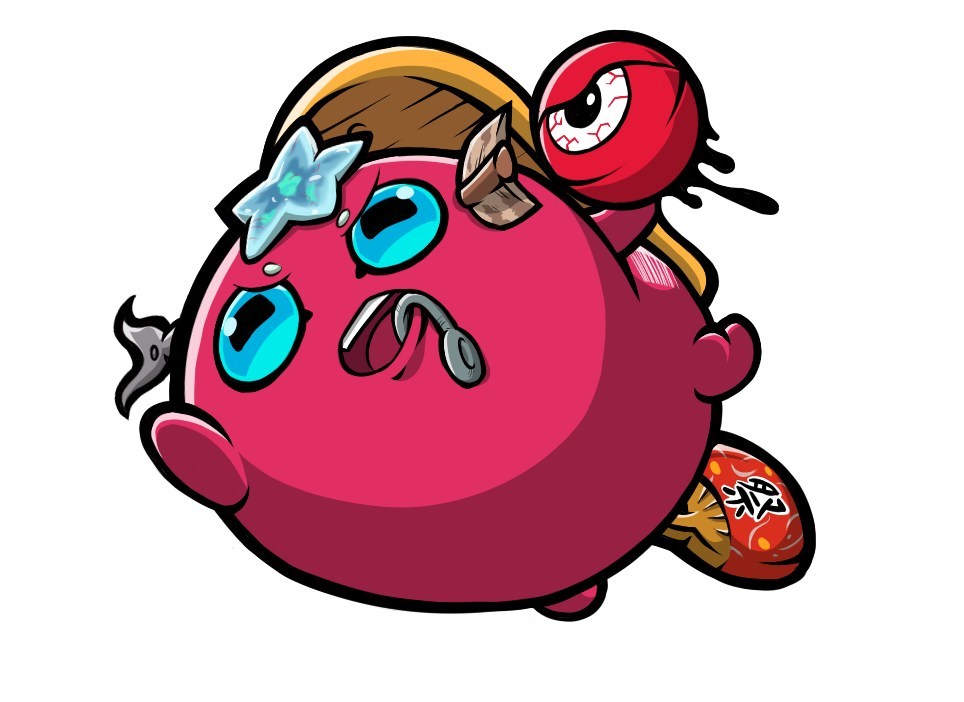 NEW YORK, Aug. 13, 2022 /PRNewswire/ -- Rosen Law Firm, a global investor rights law firm, reminds purchasers of the securities of Carvana Co. (NYSE: CVNA) between May 6, 2020 and June 24, 2022, both dates inclusive (the "Class Period"), of the important October 3, 2022 lead plaintiff deadline in the securities class action commenced by the firm. SO WHAT: If you purchased Carvana securities during the Class Period you may be entitled to compensation without payment of any out of pocket fees or costs through a contingency fee arrangement.

BOSTON, Aug. 13, 2022 /PRNewswire/ -- Capitol Securities Management, Inc. is pleased to welcome Claire Soja to our firm. Claire began her investment career in 1972 as a Registered Representative at Kidder, Peabody & Co. Claire had a thirty-one-year career at Brown Brothers Harriman & Co. (1974-2005) where she served as Vice President and Senior Portfolio Manager. During those years she also acted in the capacity of trader, compliance officer, and marketer of the firms' institutional research …

CHICAGO, Aug. 13, 2022 /PRNewswire/ --Gary Perinar, Executive Secretary-Treasurer (EST) of the Mid-America Carpenters Regional Council, was unanimously re-elected to another four-year leadership term on Saturday by the union's delegate body. As EST, Perinar oversees operations of a union that represents 52,000 carpenters in 324 counties across Illinois, Missouri, Kansas and Eastern Iowa. 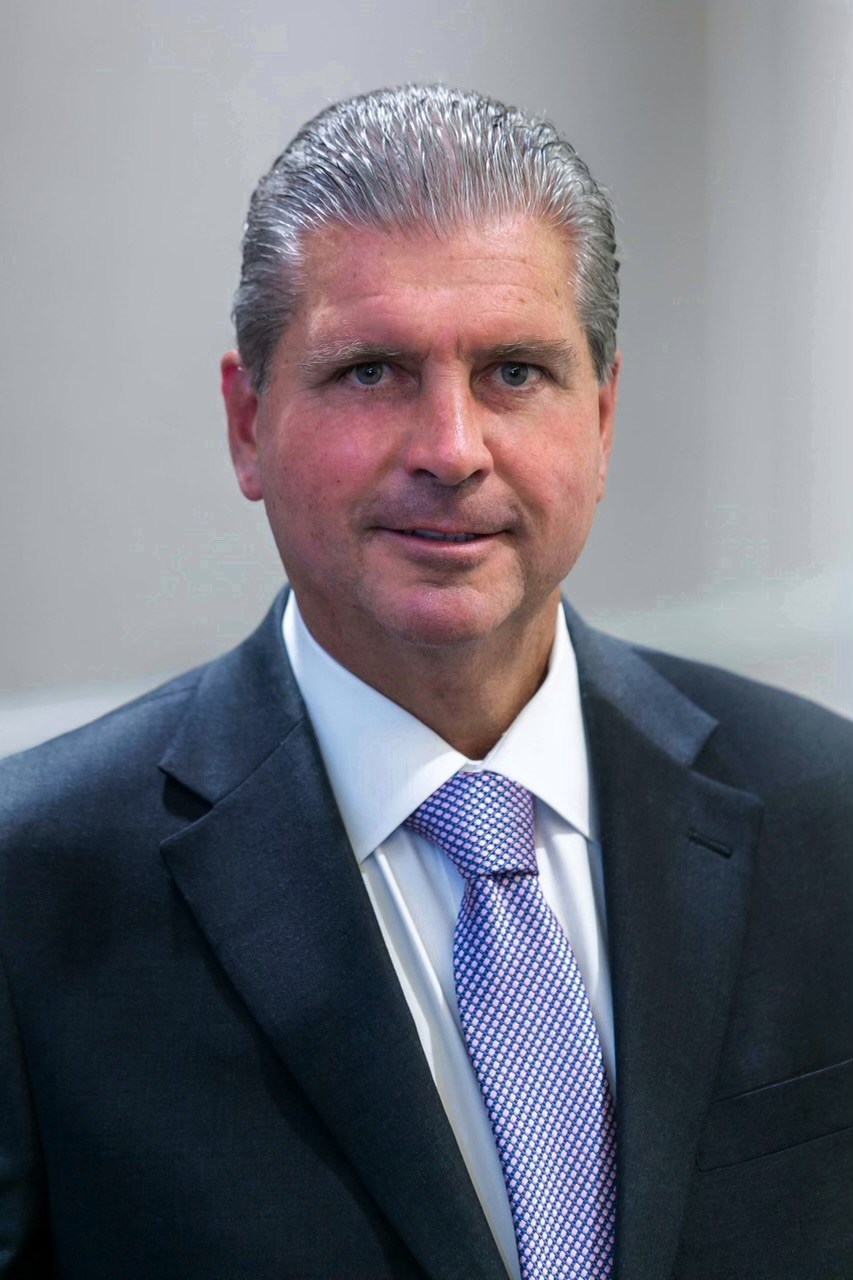 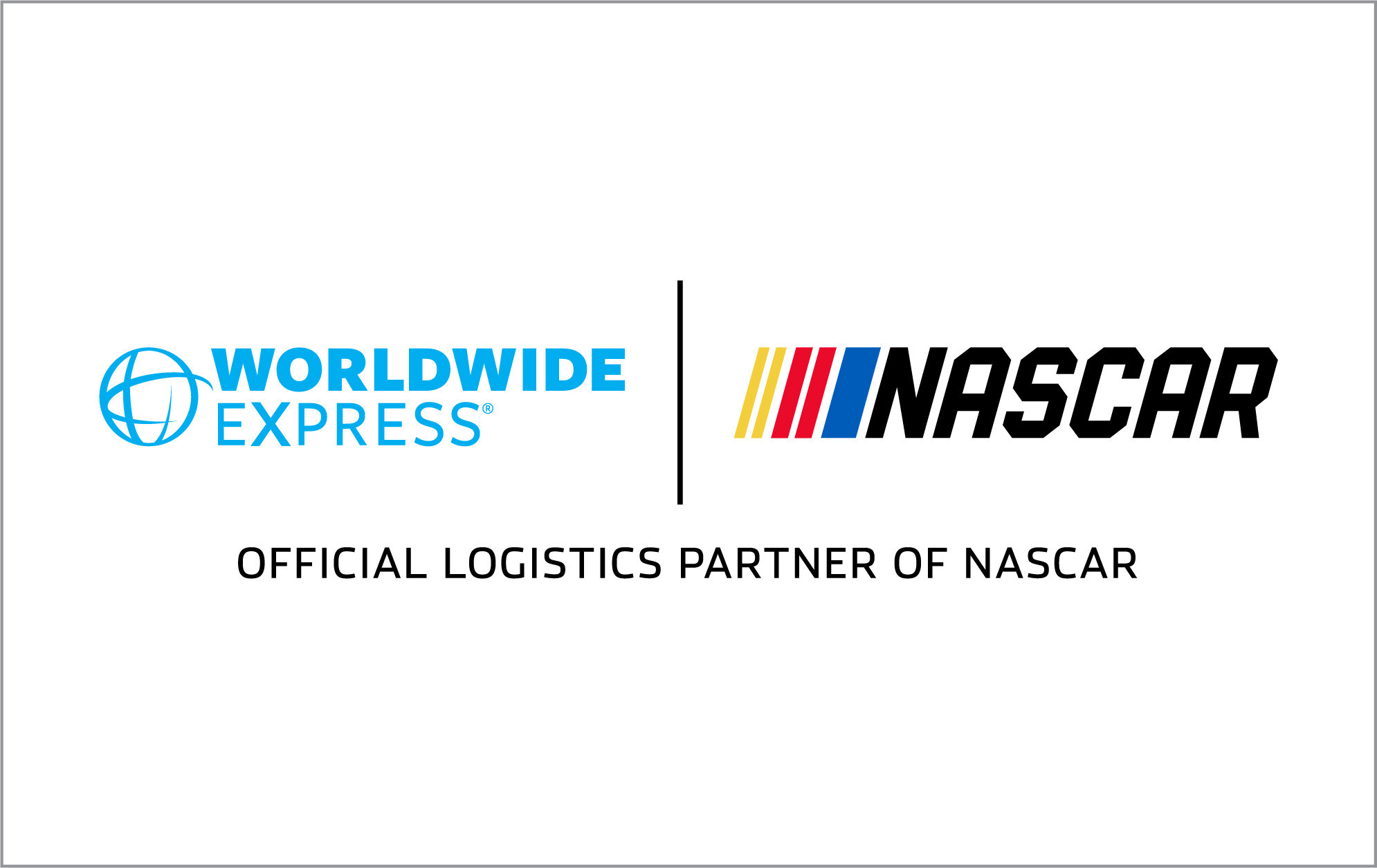 NEW YORK, Aug. 13, 2022 /PRNewswire/ -- WHY: Rosen Law Firm, a global investor rights law firm, reminds purchasers of the securities of Unilever PLC (NYSE: UL) between September 2, 2020 and July 21, 2021, both dates inclusive (the "Class Period"), of the important August 15, 2022 lead plaintiff deadline. SO WHAT: If you purchased Unilever securities during the Class Period you may be entitled to compensation without payment of any out of pocket fees or costs through a contingency fee arrangement.

RADNOR, Pa., Aug. 13, 2022 /PRNewswire/ -- The law firm of Kessler Topaz Meltzer & Check, LLP (www.ktmc.com)  informs investors that a securities class action lawsuit has been filed against Missfresh Limited ("Missfresh") (NASDAQ: MF). The action charges Missfresh with violations of the federal securities laws, including omissions and fraudulent misrepresentations relating to the company's business, operations, and prospects.  As a result of Missfresh's materially misleading statements and omissions …

BEIJING, Aug. 13, 2022 /PRNewswire/ -- On July 4th, Dongli Bai from Reyun released the "2022 H1 Mobile App Selling White Paper". Since the first release of the "2017 Annual Game Selling White Paper", Dongli Bai, who is deeply involved in big data, has been releasing industry-selling white papers for many years, and the white papers he published are used as important and comprehensive data reference by mobile industry practitioners. In November 2013, Dongli Bai founded Reyun. He has been … 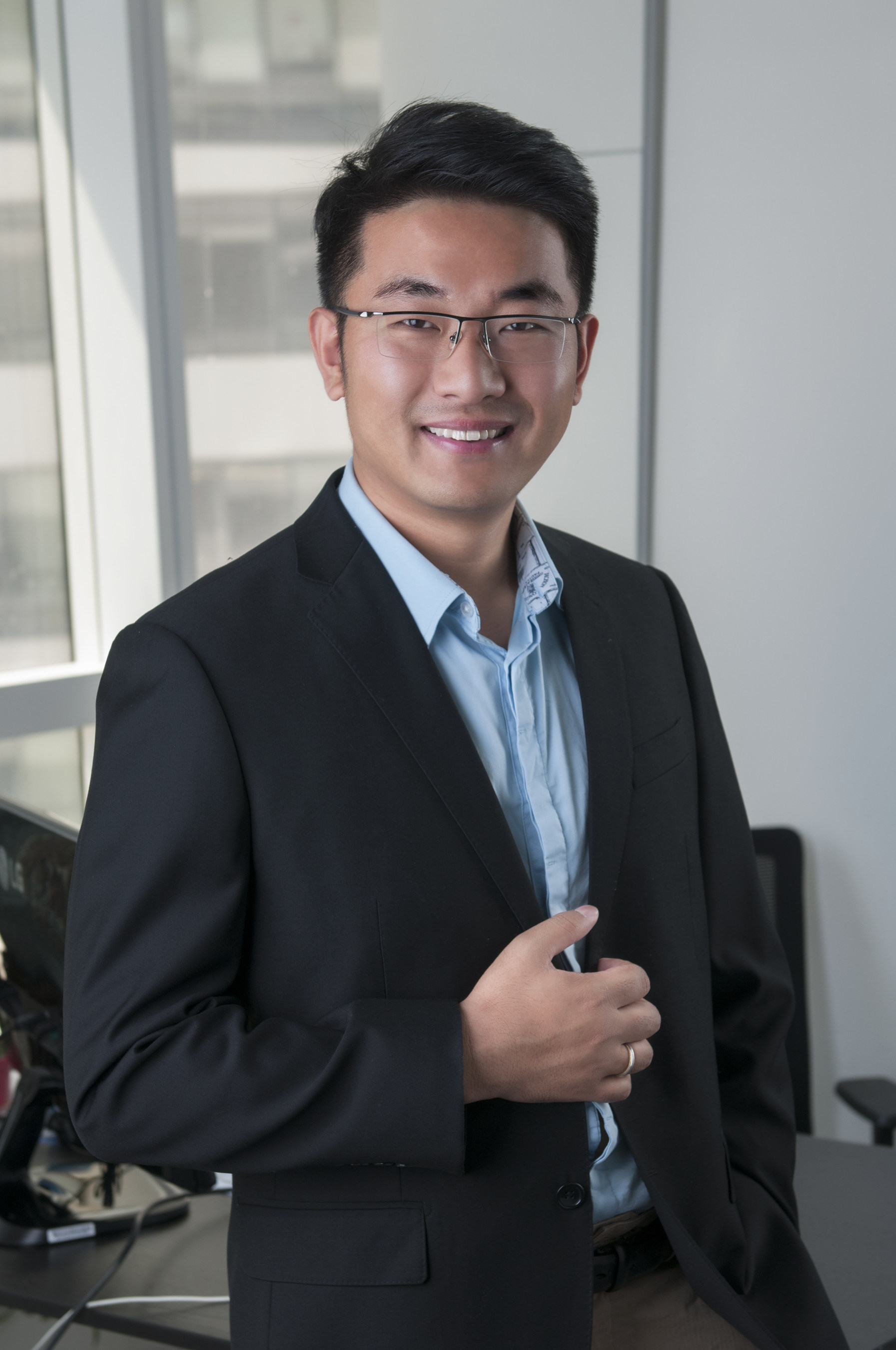 NEW ORLEANS, Aug. 12, 2022 /PRNewswire/ -- Former Attorney General of Louisiana, Charles C. Foti, Jr., Esq., a partner at the law firm of Kahn Swick & Foti, LLC ("KSF"), announces that KSF continues its investigation into BioMarin Pharmaceutical Inc. (NasdaqGS: BMRN).   On August 19, 2020, the Company disclosed that it received a Complete Response Letter ("CRL") from the FDA rejecting its Biologics License Application ("BLA") for its product, valoctocogene roxaparvovec, and recommending two years of data from the Company's ongoing 270-301 study (Phase 3) and that the Company "complete the Phase 3 Study and submit two-year follow-up safety and efficacy data on all study participants," thus requiring a lengthier study before approval would be considered.

NEW ORLEANS, Aug. 12, 2022 /PRNewswire/ -- ClaimsFiler, a FREE shareholder information service, reminds investors that they have until September 6, 2022 to file lead plaintiff applications in a securities class action lawsuit against Outset Medical, Inc. ("Outset" or the "Company") (NasdaqGS: OM), if they purchased the Company's shares between September 15, 2020 and June 13, 2022, inclusive (the "Class Period"). This action is pending in the United States District Court for the Northern District …

NEW ORLEANS, Aug. 12, 2022 /PRNewswire/ -- Former Attorney General of Louisiana, Charles C. Foti, Jr., Esq., a partner at the law firm of Kahn Swick & Foti, LLC ("KSF"), announces that KSF has commenced an investigation into Momentus Inc. ("Momentus" or the "Company") (NasdaqGS: MNTS) f/k/a Stable Road Acquisition Corp. (SRAC). The Company was formed in August 2021 through a business combination with Stable Road Acquisition Corp., a SPAC investment company, with Momentus as the surviving, publicly traded entity. On July 13, 2021, the Securities and Exchange Commission ("SEC") announced a civil complaint and cease and desist order against the Company, its predecessor, Stable Road Acquisition Corp., and others for making "misleading claims about Momentus's technology and about national security risks associated with [founder and former CEO Mikhail Kokorich]," detailing the defendants' scheme to defraud investors in connection with the merger. As a result, the Company reached a settlement with the SEC, agreeing to pay a civil penalty of $7.0 million.

NEW ORLEANS, Aug. 12, 2022 /PRNewswire/ -- ClaimsFiler, a FREE shareholder information service, reminds investors that they have until October 11, 2022 to file lead plaintiff applications in a securities class action lawsuit against LifeStance Health Group, Inc. (NasdaqGS: LFST), if they purchased or acquired the Company's Class A common stock pursuant and/or traceable to the Company's June 2021 initial public offering (the "IPO"). This action is pending in the United States District Court for …

NEW ORLEANS, Aug. 12, 2022 /PRNewswire/ -- Former Attorney General of Louisiana, Charles C. Foti, Jr., Esq., a partner at the law firm of Kahn Swick & Foti, LLC ("KSF"), announces that KSF has commenced an investigation into Axsome Therapeutics, Inc. ("Axsome" or the "Company") (NasdaqGM: AXSM).   On November 5, 2020, the Company disclosed that the New Drug Application ("NDA") for its product candidate, AXS-07, would be delayed to "the first quarter of 2021, versus previous guidance of the fourth quarter of 2020." Then, on April 25, 2022, the Company disclosed that it was informed by the FDA that the issues identified during the FDA's review of the NDA for AXS-07 remained unresolved.