This Winter, a tattered American flag hangs in the wind at the Marion, Indiana courthouse, but in 1930, Abram “Abe” Smith and Thomas “Tom” Shipp hung from the trees. Their deaths would become the inspiration behind the song. 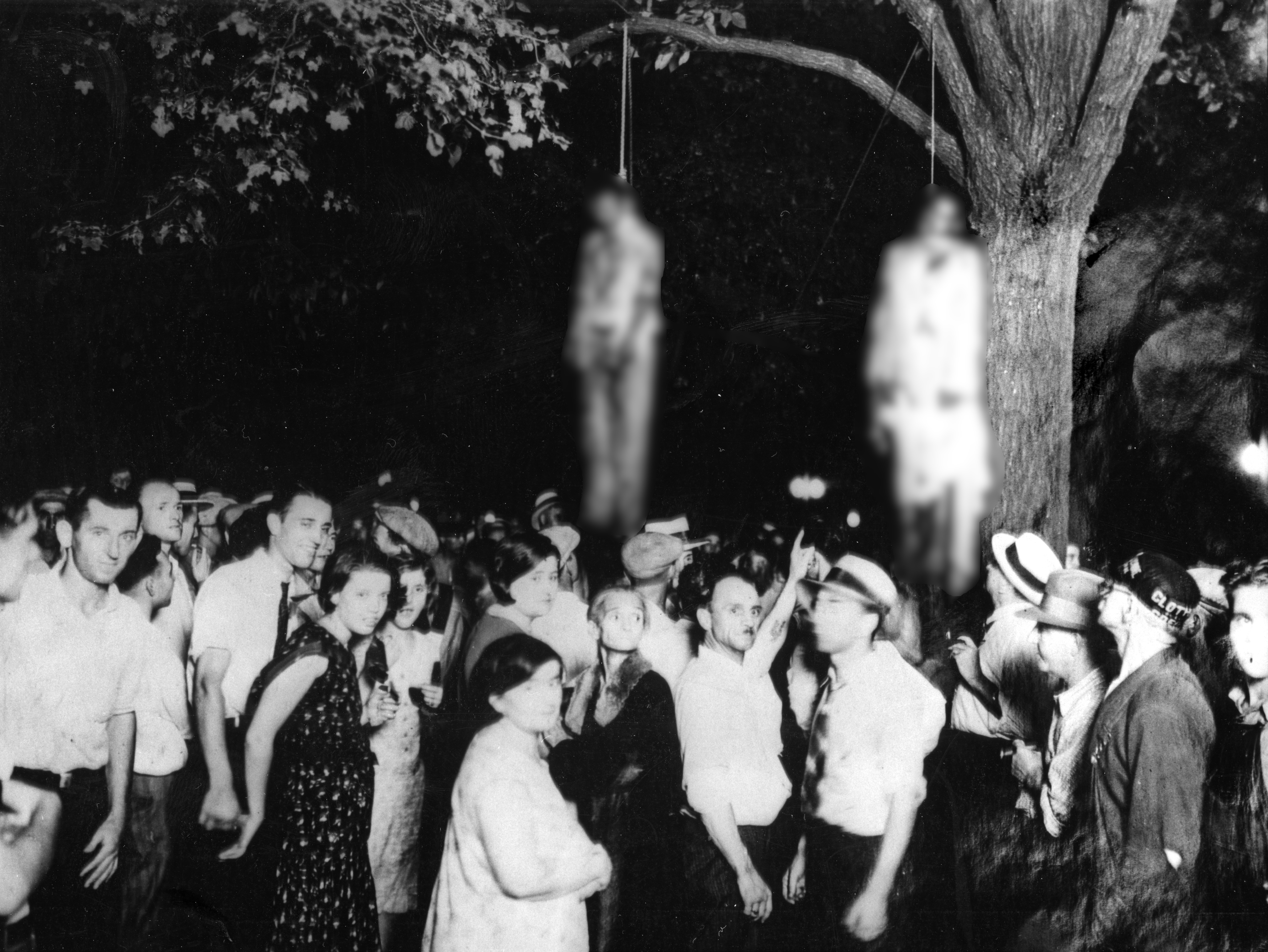 "Some people said, 'God's a Hoosier', you know! How can this happen in Indiana?' We were kind of accustomed to what was happening in Mississippi or Georgia-- just another southern lynching. But in Marion, Indiana? That's a good place," explained the Indiana University professor emeritus of history. "Many people thought, 'Well, it's over. The Marion lynching is over!' The sound of those bodies hitting the ground was the sound of the end of the story. That's so so wrong because the story grew."

Abel Meeropol, a Jewish, New York City teacher, saw a photo of the lynching. Under his pseudonym, Lewis Allan, he wrote a poem about it, later his wife singing it.

"This is not a mournful ballad. It is an attack song; it is an attack on the perpetrators of lynching," said Meeropol's son, Robert. "That's why the song was banned in so many places and that's why it offended so many people because it exposed the rot beneath the gentility that's supposedly existed so I think that is a really important aspect of the song. And it's also important to realize the power, the power of exposure and Abel did a terrific job of that."

Meeropol's sons, now 74 and 78 years old, say Strange Fruit was their father's proudest creation. His words put a spotlight not only on this small Indiana town, but also on lynching in America.

"It's totally relevant today. It'll be wonderful in 50 years,100 years when it can be sung as a relic of a barbaric past, but right now it's part of the struggle."

"I think another aspect of it is the photo from Marion-- those folks, who are pointing at the lynched two young men, are having a party. And look at what the people were doing as they paraded in the Capitol. Yes they were serious, they had on uniforms--they were literally out to kill-- but they were also having a gay 'ol time," the eldest Meeropol brother said when talking about the similarity between 1930s and today's fight for justice and democracy.

"They smeared feces on the wall, they sat at a desk, they dressed up funny, they hung from the rafters. It was a party atmosphere, which is exactly what those damn lynching were in the 19th and 20th century."

The struggle the brothers each describe is one Billie Holiday breathed life into with her voice.
Classical singer and IU distinguished music professor, Marietta Simpson studies Holiday's voice and performance today.

"You can hear the little cry at the end when she says, 'For the crows to pluck.' The way she aspirated at the end of a word that said volumes, and only Billie Holiday had that particular thing in her voice," Simpson explained.

Holiday's voice, Meeropol's words were a melody many refused to hear, even leading to blacklisting and FBI investigations of both artists. Yet still, what happened here in Marion, Indiana is etched into history.

A town photographer ensured we see history; Billie Holiday and Abel Meeropol made sure we hear it too.

Securing a death penalty for suspects accused of …

Death penalty rare for suspects in IN police killings